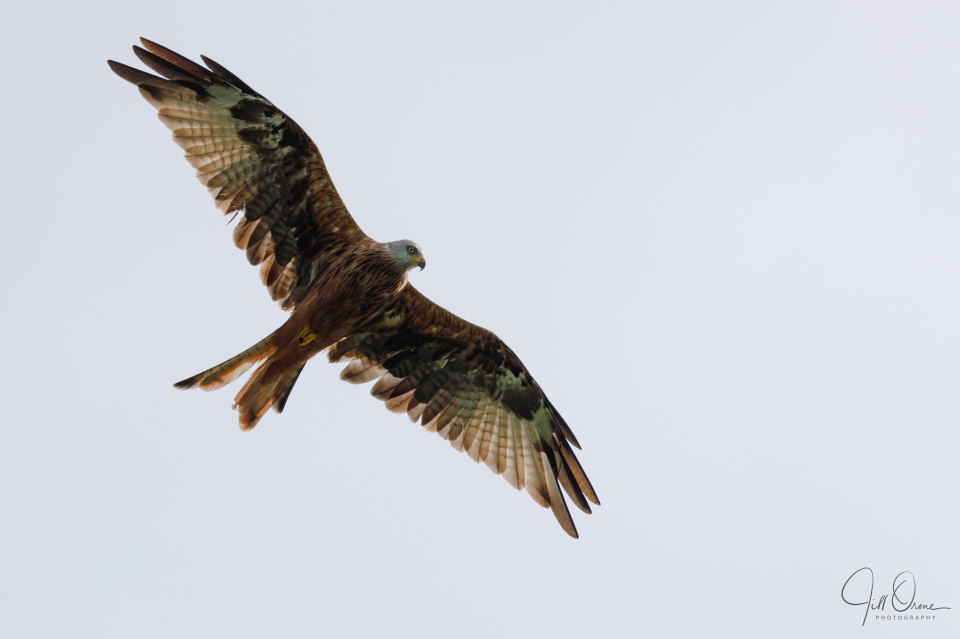 A week of lovely places and interesting things finished today on another high note, with a visit to Elwelme in Oxfordshire for lunch with my sister, brother-in-law and nephews. As well as enjoying the kind of hospitality that did nothing whatsoever towards helping me lose my extra holiday pounds, we had a great time catching up on everyone’s news, and sharing our mutual outrage about the appalling state of the country and its politics.

Oxfordshire has a large population of red kites, and I was determined to try to get a decent flight photo of one during our trip today – but for most of the journey, whenever there was a stopping place there were no kites, and whenever there was a kite there was nowhere to stop. Luckily though, when we were literally only a couple of minutes away from my sister’s house R spotted two of them over a field on the other side of the road, and cheekily stopped at the end of someone’s drive so that I could leap out of the car and chase after them. I’m not going to try to pretend that this was a difficult shot to get: the kite was flying quite low, searching the ground for prey, and I had ample time to get focus and rattle off several dozen frames before it wheeled away. But I am pretty pleased with it, which is why it’s my blip today.

I am posting an extra though, which I hope you’ll find as interesting as I do. After lunch we went for a walk around Ewelme, which is surely one of the prettiest villages in the country, and has some great history associated with it, having one of the very few chantry foundations to have survived the Reformation. In 1437 William and Alice de la Pole, Earl and Countess of Sussex, established what is still called God’s House at Ewelme, consisting of a school and a community of thirteen almshouses, and employing two priests to do good works and pray for the founders’ souls. The school is the oldest non fee-paying school in the country to have been in continuous use, and the almshouses are still occupied today – they’re really lovely old buildings, and I’ll try to capture them on another visit when I have a wider lens on the camera.

My extra photo today shows part of Alice de la Pole’s monument in Ewelme Parish Church, which is what’s known as a cadaver tomb: on top of the sarcophagus is a representation of her in life, wearing the insignia of the Order of the Garter, and at the base of the tomb you can just make out through the carved arches an effigy of her corpse. It’s well worth grovelling around on the floor of the chantry to get a good view of this delightfully macabre monument. 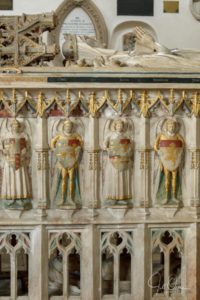 Alice de la Pole was born in 1404 as Alice Chaucer, being a granddaughter of the poet Geoffrey Chaucer. She was rich, clever and well-educated, and was a patron of the arts. She survived three husbands, though possibly only by a whisker: she and her third husband, William de la Pole, were notoriously corrupt, and in 1450 William was impeached, exiled and murdered. Alice was also put on trial the following year, but came through the ordeal, and after lending a large sum of money to the Crown was allowed to keep her husband’s titles and property. Her eldest son John, who became Duke of Suffolk in 1462, married Elizabeth of York, a sister of King Edward IV and King Richard III. Alice died in 1475.