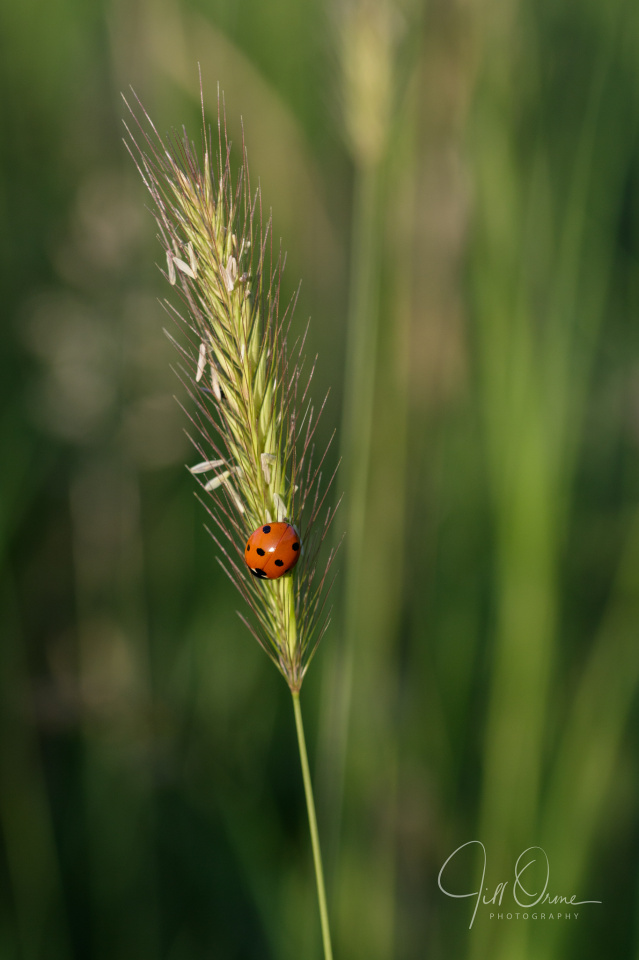 Summer has arrived with a vengeance this weekend: it was so hot and humid today that even strolling about was quite unpleasant. I knew that the chance of finding nice bugs during the middle part of the day was fairly small anyway, because many of them – like myself – prefer more temperate conditions, so I decided to wait until this evening to do a photo walk.

Butterflies and dragonflies do seem to like hot and sticky weather though, so during the afternoon I took myself down to the wild garden, stood in the shade of the trees and watched to see what might be about. There were quite a few butterflies, including a lovely fresh Comma, and at least two hunting dragonflies, but none of them settled for long enough for me to get close with the camera. There was also the usual range of bees, plus one that was surprising: the first male Anthophora plumipes I’ve seen in over a month – worn and battered, and desperately trying to mate with a Bombus pratorum worker, which was also worn enough to appear largely black, and therefore I guess superficially similar to a female Hairy-footed Flower Bee. The B. pratorum was not entertained by the attentions of her suitor, and a bit of a row ensued before they agreed that the relationship wasn’t working and went their separate ways.

After dinner, and a lovely long chat with Child One who has come home for Father’s Day, I went off to Tilly’s field in the hope of finding something photogenic. The Meadow Browns and Ringlets were still browsing, and there were quite a few moths about, but I couldn’t find the Common Blue I posted the other day, nor much else that really caught my eye apart from this 7-spot ladybird, nicely picked out by the late sunlight. I was walking up the centre of the field thinking about Skippers, and pondering the fact that I hadn’t yet seen one this year – when literally at that exact moment I spotted a single Large Skipper (Ochlodes sylvanus) about five metres away. I only managed one shot before he flew and I’ve had to crop in a lot, but I wanted to mark the beginning of the Skipper season so I’ve put in as an extra. 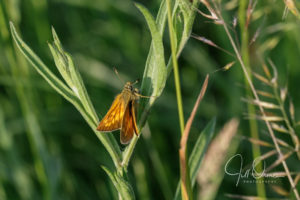