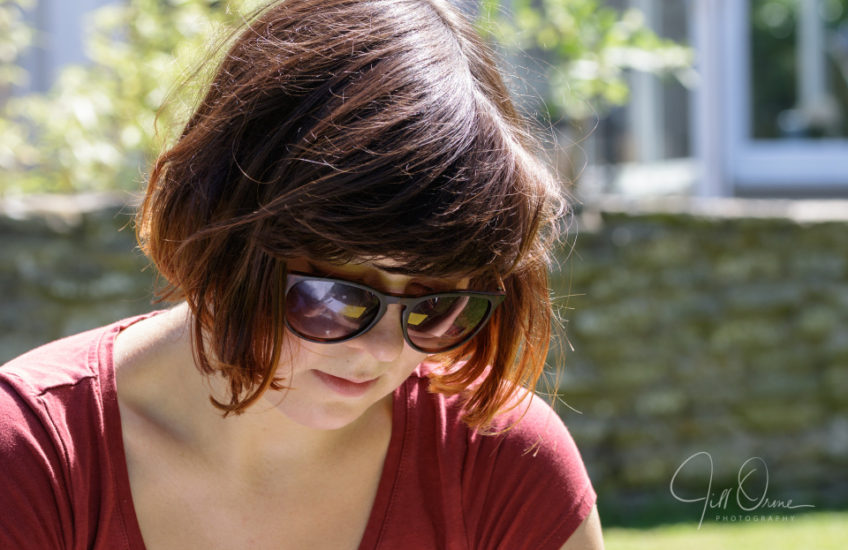 Child One was sitting on the lawn this morning, storyboarding a film which is going into production very shortly; I especially liked the fact that her work is reflected in her sunglasses. She really didn’t want to have her photo taken (who does?), but having seen the resultant set she’s given permission for me to post this one.

I think on balance she prefers it to the thirteen year old one I dug out for Father’s Day and posted on Facebook.

Apart from some happy family time with one of our babies, and a FD call for R from the other one, I don’t really have much to tell you about today, except…. IT’S TOO HOT!!! I went up to Tilly’s field at 8am, but it was already steaming, and the butterflies were even less keen on being photographed than was my daughter. I then spent quite a bit of the morning sitting in a deck chair in the shade, whining gently about the humidity, but just before going in to make lunch I did a slow circuit of the garden and managed to capture the Meadow Brown I’ve put in as an extra. 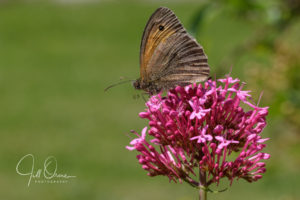 Number twenty seven on my list of favourite words: proboscis.