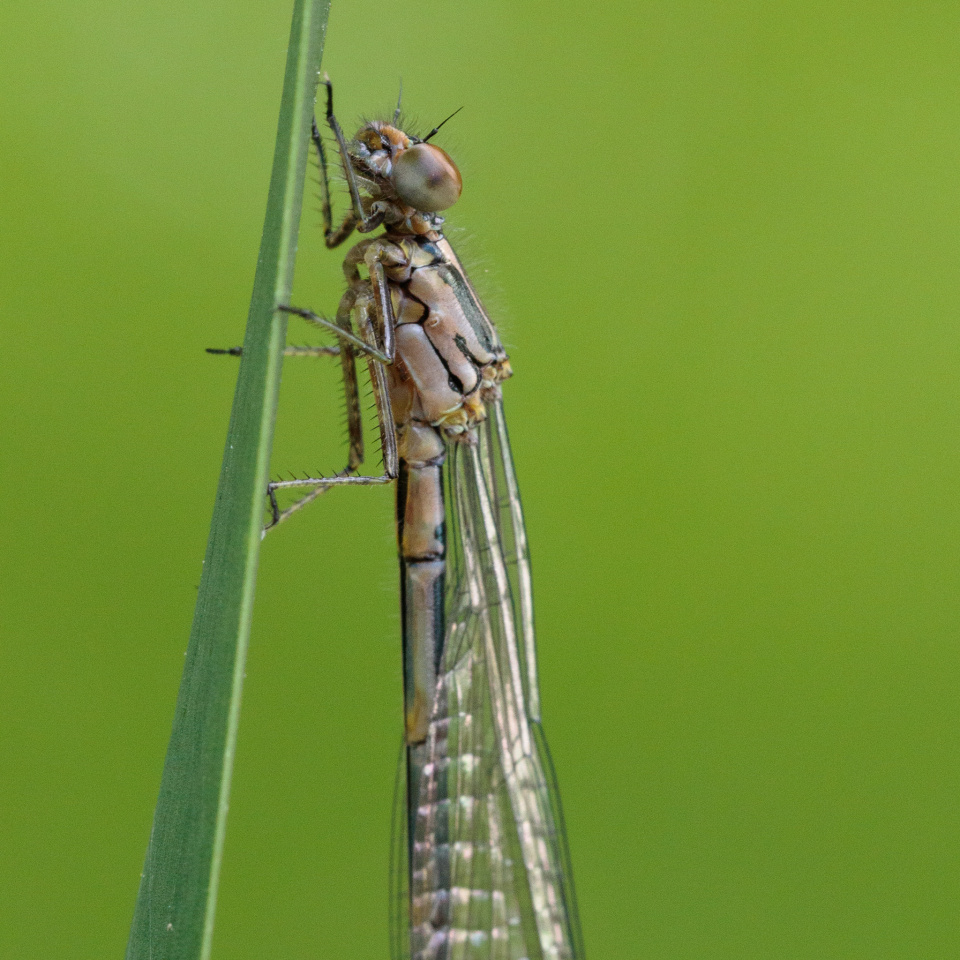 R and I are still in running away from home mode, so it was lucky that we had a few errands to do today. Because we’re also both feeling very squidgy and sentimental, one of these was to go to the garden centre and buy a load of the same plants that L and G used for their wedding, to fill our patio planters. I’m sure that we’ll get over this unaccustomed sentimentality soon, and go back to being our normal, bitter and twisted selves – most probably when we finally manage to catch up on our rest.

I didn’t see anything that attracted my lens while we were out, so on the way back home R dropped me at our neighbours’ pond, which is where I found this teneral female Azure Damselfly. It’s a little harder to tell the species of a damselfly when it’s very fresh like this and its colours haven’t properly developed, but (if you care) the clue here is in the lines running along the side of her thorax: the one nearest to the leaf isn’t relevant, but the middle, short one is called a coenagrion spur, and means that she couldn’t be a Common Blue Damselfly. The fact that the next black line is thicker than the coloured one that lies beyond it confirms that this is one of the seven coenagrion species, and the fact that the thin coloured line is unbroken suggests that she’s an Azure, rather than a Variable damsel.

In fact, I don’t believe I’ve ever seen a Variable Damselfly here – they’re not especially rare, but they turn up in very localised pockets, and I don’t believe that our bit of the Shire is one of them. I blipped a specimen a couple of weeks ago that someone suggested to me might be Variable, but in the event, my iRecord listing of it as an Azure male was confirmed.