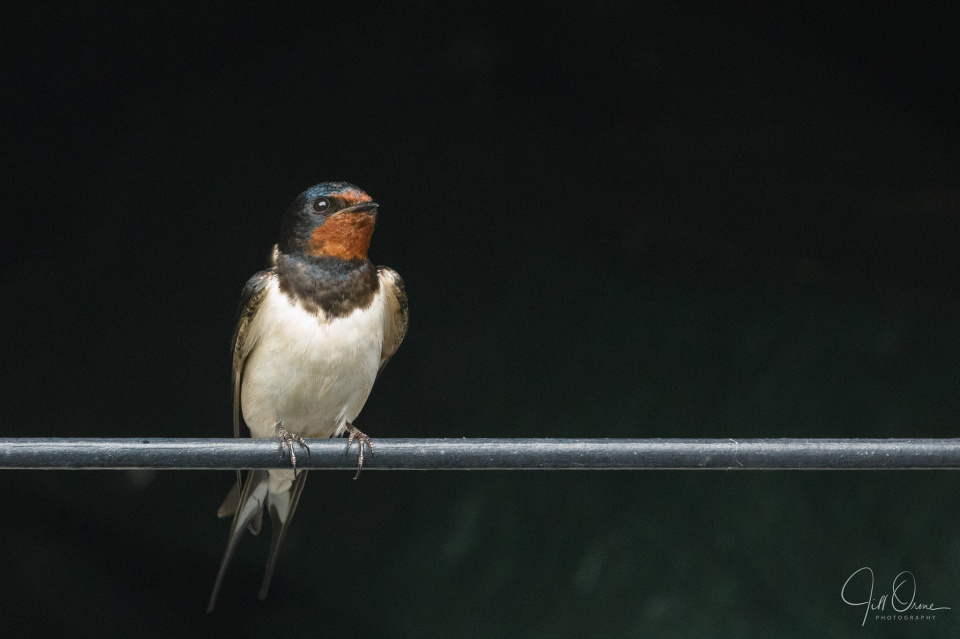 I only took three photos today – all of this swallow – so I was lucky that two of them came out fairly well.

R and I had been hoping to go for an early Sunday walk, but the weather wasn’t encouraging, so we stayed home and did gardening instead. Eeeeurgh. The borders are so choked with weeds that we hardly knew which one to tackle first, and I kept finding myself wandering from place to place, ripping out armsful of rosebay willowherb, flowering grass, and wild geum as I went. I’d like to say that you can see an improvement, though honestly, I’m not sure that you can – but as R said, the way to motivate yourself is to look at the barrow loads going onto the compost heap, rather than concentrating on what’s still to be pulled out.

Late in the morning the sky began to clear and the sun started to show through, and we made a snap decision to brave the crowds and go to Croome. Sadly this turned out to be a mistake: by the time we arrived, the cloud had come in again and it was starting to rain. Because we’re British, we went to the shop, bought an umbrella, and walked our usual circuit around the house and the lake anyway; but over time the rain became horizontal, and by the time we got back to the café all of me that hadn’t been directly under the umbrella was very damp indeed.

This swallow is one of several that are nesting (as they seem to do every summer) in a kind of shed behind the reception area. Despite the weather they were making frequent trips out into the grounds, and I assume that they were bringing in food for their chicks. Mostly they flew straight through the unglazed window opening, appearing and disappearing far too fast for me to be able to photograph them, but this one paused for a few seconds on one of the security bars, and looked as though it was trying to decided whether or not to brave the rain. With hindsight I think that R and I should have displayed the same caution!