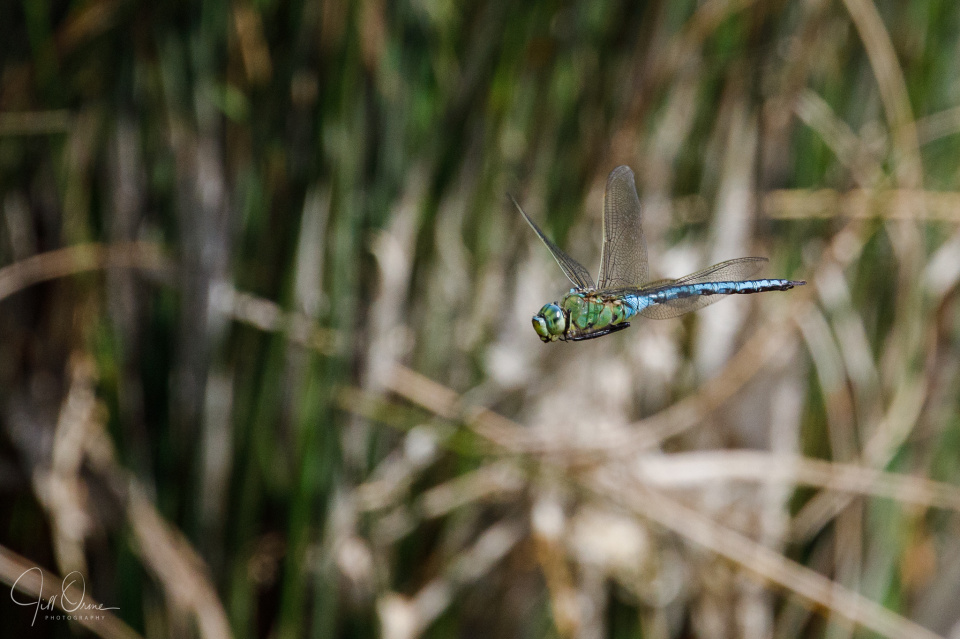 Firstly, I’d like to say a huge thank you for your lovely response to my 6-year milestone yesterday. I’m very grateful for your lovely comments, and touched by your generosity in sending my post to the top line of pops.

I don’t have a “stand-out” photo from today, though that doesn’t mean that I had a bad one – far from it. Having spotted in a local wildlife group on Facebook that Worcestershire Wildlife Trust have reopened Trench Wood, I took an early trip over there and spent an excellent two hours walking all the rides, and reconnecting with one of my favourite places. Some of the best moments were watching as around twenty shimmering longhorn moths danced in the sunlight (though I had to wait until one of them tired and landed before I could get a photo); having a large fallow doe suddenly crash across the ride in front of me, and then stop a little way into the woodland, turn, and stare at me for several seconds before moving on; and right at the end of my visit seeing a fresh Emperor zoom past my shoulder, and then proceed to hunt up and down the ride in front of me as I walked back towards the car. I’ve put a selection of my favourite photos on Facebook, if you’d like to see them.

Seeing the Emperor at Trench Wood made me wonder if they were out at Grove Hill yet, and as my route home went quite close to Ardens Grafton I swung round there to take a look. By this time it was very hot, and I was quite tired with 10,000 steps under my belt, so I only checked the smaller pond near the reserve entrance, but that was enough to get me my first Emperor photos of the season. I know that this isn’t going to win any awards, but the Emperor is one of the hardest dragons to photograph in flight because it’s fast and erratic (especially when being harried, as this male was by three Broad-bodied Chasers), and therefore it’s always a buzz when you manage it – which is why, despite the horrible background, I’ve chosen it to mark the day. I’d have preferred it if I could have caught him at rest, but fresh Emperors seem to be indefatigable, and in the forty minutes or so that I was standing watching the pond, he didn’t perch even momentarily.

Back at home, the wildlife pond was busy with both red and blue damsels. At one stage there were two pairs of Azure Damselflies ovipositing in tandem, with a lone male Azure and a male Large Red skulking around them huffily. I’ve put a photo of one of the ovipositing pairs in the extras – again as a marker of the day, because this is the first time I’ve seen ADFs laying eggs in our pond. I have to say that they make a lot more fuss about it than Large Red Damselflies: the male Azure is very involved in the process, moving them both to a different position every few seconds, and both today’s males were highly reactive, and inclined to move right away from the pond if I got too close (which is why my photo was taken with the long lens). I suspect they were so twitchy because they’re only just mature, and everything is still pretty new to them, and I hope they’ll calm down in time. 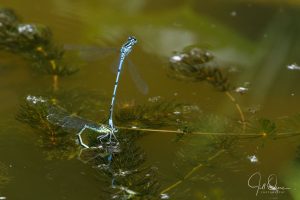