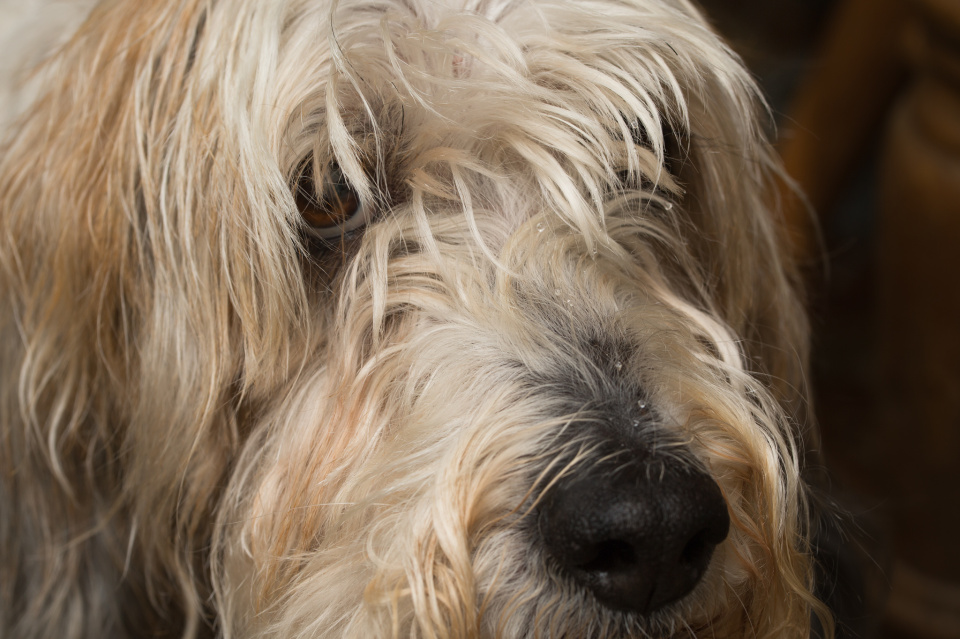 It has heaved down here all day. Up until a couple of years ago this much rain would have had the road outside the house knee-deep in water, but back then a small but determined, middle-aged, middle-class pressure group managed to persuade the Powers That Be to replace the collapsed Victorian culvert that was causing the main road drain to be overwhelmed every time it rained for longer than a couple of hours – so flooding is no longer an issue and at least we can get in and out of the valley. I suspect that the brook in the centre of the village might have broken its banks by now, in which case it will be flowing through the far garden, but that’s too far from the house to be much of a concern.

But it was clearly not a day for outside photography, so when we went to Stratford this morning for Arthur’s wash and brush-up I bought some food colouring with a view to doing another set of droplet shots. Somehow though, when I got back home I couldn’t quite summon the enthusiasm to set everything up. Instead I put the 400 lens on the 70D, and set it up in the conservatory, trained on the nearest bird feeder, then stood watching with a cable release in my hand and triggered the shutter every time I saw something interesting happening.

I got some terrific shots of small, squabbling birds – but I’m afraid you’ll just have to take my word for it, because none of them will ever be posted. The light was so poor that even with the lens wide open and the shutter speed at only 1/500 the ISO went to 5000; and that combined with the fact that I was shooting through a wet window produced images that were so murky and grainy I simply couldn’t get them sharp enough for publishing. Sad, but shooting in those conditions was always going be a long shot.

But by the time I gave up on that set and started prowling round the house with the 5D, the macro lens and a speed light it was getting on for dinner time and I was in a very mardy mood. I took some photos of Arthur on the sofa – which was enough of an annoyance to him to get him off the sofa – and then I decided that it must be possible to bribe him into having his portrait taken, and broke out the liver treats.

Subjunctive manages it. Every day….

Arthur is not a labrador. And he isn’t trained to the camera. Or indeed, to anything. He would sell his little furry soul for a liver treat, but only if he could be made to comprehend the deal – and apparently my powers of exposition aren’t what I thought they were.

So, we had a fairly stressful half hour, during which I tried to get him to understand that if he would just stand still – no, still – NO, Arthur, STILL – no, there – THERE – NO, Arthur, THERE – STAY THERE!!! – long enough for me to focus a shot, he could have a treat. And he wouldn’t stand still, and he wouldn’t stay there – but why should he, when I was over here with a liver treat? And of course, in order to keep him interested in me I had to keep handing over liver treats anyway, as gestures of goodwill – so it’s fair to say that his modelling training didn’t go well. It’s lucky it’s a macro lens.

R chose the main shot because the extreme close-up amused him. The look of deep suspicion is very typical of Arthur – as are the droplets on his face, because he’s incapable of taking a drink without spreading water all over himself, the floor and the furniture. In the extra: Arthur expresses his opinion of the life of a photographic model. 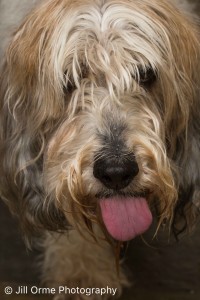