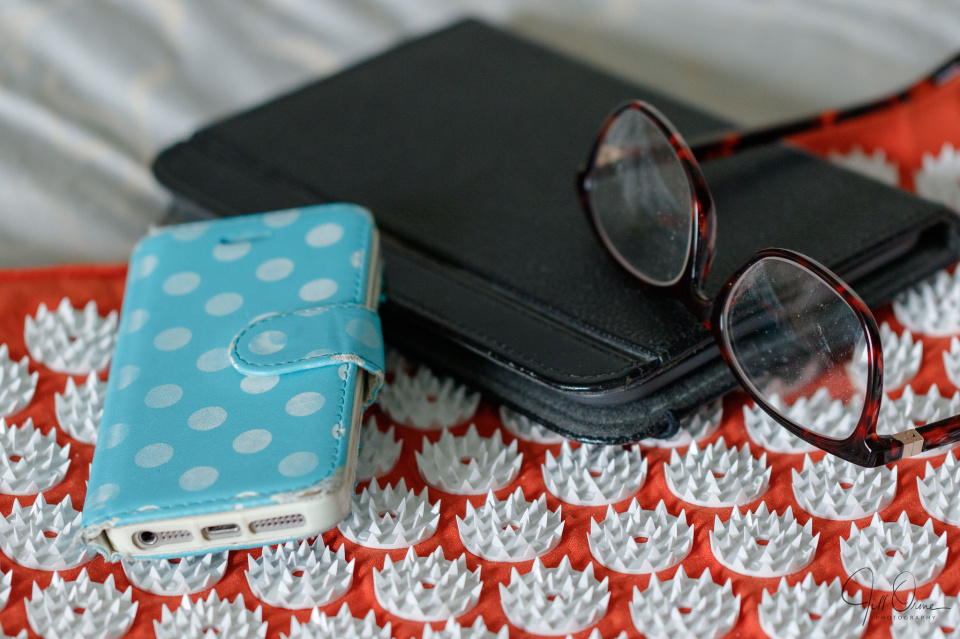 If this journal is a record of my day, this is the image that most represents it: duvet, shakti mat, kindle, glasses, and phone. There’s a hot water bottle under that duvet too, but I hesitate to show you the comedy cow hot water bottle cover.

The good news is that over the day my back eased, and eventually I did manage to get up and get some things done. That happened yesterday as well though, so we’ll have to wait and see what tomorrow brings. R is clearly of the opinion (though tacitly, because he has learned at least one or two things over the past three and a half decades) that I should get on the phone to the osteopath and ask him to sort it out for me. I, however, hate having my back cracked, with the murderous passion of a woman who spent five years at osteopathy college having her spine practised on by fellow students, and I’d rather heal it myself. 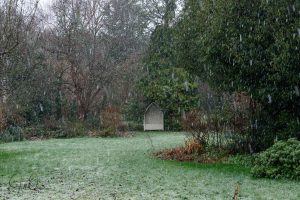 For the record, the extra shows the few minutes this morning when it was snowing hard enough here for there to be a vague chance of it settling. Shortly after I took the photo it eased, and because the ground is so saturated the stuff that was lying melted and disappeared almost immediately. I love snow, but I was slightly relieved not to have the dilemma today of whether to force myself outside to photograph it at close quarters; this was taken from the kitchen doorway, and having secured my record I rapidly returned to the duvet.