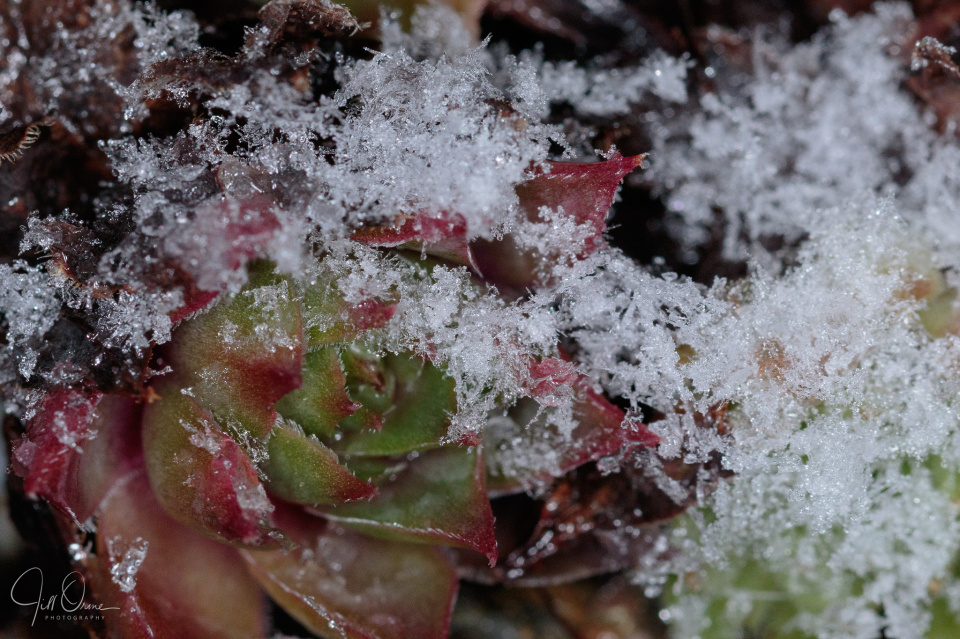 It snowed on and off during the day, but even at its heaviest the precipitation was wet and sleety, and my plan to photograph snowflakes didn’t come to much. You can make out some crystalline structures here, but no individual flakes, because they came down in a big clump and landed on a wet surface that promptly began to melt them. The plant underneath the icy mush is the sempervivum that produces these flowers in the summer.

On a more positive note, my back is appreciably better today – not best, but I am reasonably mobile, which is why I was able to take the small camera and the macro and go out into the garden this afternoon to chase snowflakes. Many thanks to everyone who has expressed sympathy and sent positive vibes during my recent difficulties. 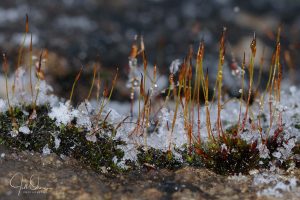 Because we’re almost at the end of the year and I still have a couple of my hundred extras left, I’ve included another shot of the snow, this time lying on the moss that grows on the top of the old farm wall that separates our garden from our neighbour’s. Most of the droplets there are liquid, but one or two have frozen, which gives you some idea of how cold a day it was.