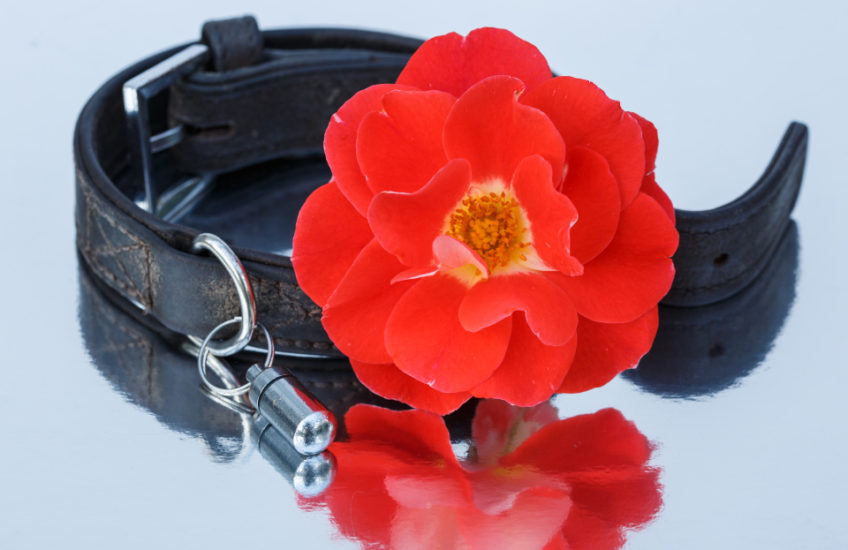 This morning Arthur couldn’t eat and was clearly in pain, and R and I decided that it was time. Eventually I got him to eat some scrambled egg, heavily laced with anti-inflammatories, which allowed him to settle and have a peaceful last few hours. At 4.30pm Chris and Laura came to the house, and Chris gave Arthur a sedative to calm him before the final injection; he died in the family room where he has lived since we moved to this house, with Laura and me soothing him. I carried on telling him what a good boy he was, even after Chris confirmed that he was gone, just in case the thing I read somewhere about hearing being the last sense to shut down is true.

Debucher Saltimbanque; 2 March 2000 to 9 September 2016. Bred by Vivien Hepner Phillips in Hertfordshire, and entrusted to me at the age of two months. Having lived around dogs for thirty years already, I thought I knew what I was doing – but none of that experience prepared me for living with a PBGV. Stubborn, wilful, determined, single-mindedly oblivious to anyone or anything when on a scent…. what fun he has been! We have so many good memories….

The damage he did to a delicate antique hall table, chewing one of the legs while teething. Someone advised us to smear mustard on it, but it turned out that Arthur relished the extra flavour. Maybe my mistake was to use Dijon mustard – they are a French breed, after all.

His howling and leaping delight whenever anyone visited the house – we were constantly having to apologise for Arthur’s Greeting Disorder.

The determination with which he dug his way out of this garden when we first moved here, to go off and search the village for friends. After several visits to repair the damage, the fencer said to me “I’ll be able to retire to the Caribbean soon, on the strength of you trying to keep that hound at home. Why don’t you buy him a puppy?”

His utter, incredulous delight when Roley arrived – to the point that we feared he might accidentally kill Roley (who was small enough at that stage to sit on R’s hand). Instead, he allowed Roley to climb all over him, and take his toys and even his food. He did complain when Roley grabbed onto his tail, but rather than attacking back he simply ran round and round the family room, with Roley still attached and sliding along behind him like a water skier. Sadly we were all laughing too hard for anyone to think of filming the scene – we’d have made a fortune out of a video.

When Roley grew in size and bossiness, for many years the two of them would have regular games of Hunt the Terrier – always instigated by Roley getting in Arthur’s face and winding him up with a particularly insistent bark. Roley would then streak away to a place of safety, pursued by Arthur, who would stand and bark furiously until Roley emerged and dashed to another safe place – and so it would go on for ten or fifteen minutes at a time. How the neighbours must have loved it.

There was the time I was preparing chicken breasts for cooking for a family meal, and was called away by a sudden and urgent need to scream abuse at the Offspring, who were fighting upstairs. Maternal responsibility fulfilled, I returned to the kitchen just in time to see Arthur’s forefeet returning to terra firma after some skilful counter surfing. I said, “Oh, Arthur…” and he stood and gazed at me apologetically for several seconds, trying hard to look like a hound whose mouth wasn’t stuffed full of chicken, before removing it to the garden and going with it to make sure no-one disturbed it.

There was the time he caught a squirrel – I suspect quite literally: I think it probably had a heart attack and fell out of a tree, and he happened to be standing underneath it. He wouldn’t let anyone near it and played with the remains all afternoon, while they became smaller and smaller… Roley, who was incensed, said he didn’t care at all.

I was out and didn’t witness the occasion the two of them caught the paterfamilias of the local Brown Rat Mafia, but R (who was in a cast and on crutches at the time, having broken his ankle), fearing that Samuel Whiskers might have been slowed down by rat poison, felt the need to hop around the garden until he managed to corner them and confiscate the corpse. I still can’t think of this incident without remembering Dudley Moore.

And there were all the other animals which unwisely turned up in our garden over the years, to be loudly and enthusiastically pursued by Arthur – who was not a stealth hunter. Hedgehogs, foxes and Muntjac deer all had to be rescued at various times; he was always terribly sorry when hauled off into the house and yelled at for this behaviour, but knowing that it was forbidden never stopped him doing it the next time a prey animal appeared. Strangely enough, we’ve never had a rabbit to rescue – I think word must have gone round as soon as we moved in that there was a rabbit hound in the village, and they’ve been avoiding the place for the last sixteen years.

There are so many other things I could talk about – his remarkable physical strength and stamina, his insouciant independence, his loathing of being groomed, his hatred of having his photo taken, his ruptured cruciate ligaments (both of them, though luckily at different times) and the appalling time we had trying to fulfil the instruction to “keep him quiet” while they healed. His love of the family, but dislike of being fussed over – though if Child Two (whose feet he used to bite when he was a puppy, and who I believe he thought of as a brother) knelt down on the family room carpet, Arthur would go and rest against him for a little light mussing. His “Grumpy Old Git” demeanour in recent years. His missing of Roley since last winter.

Goodbye, old friend. The house seems very empty without you.