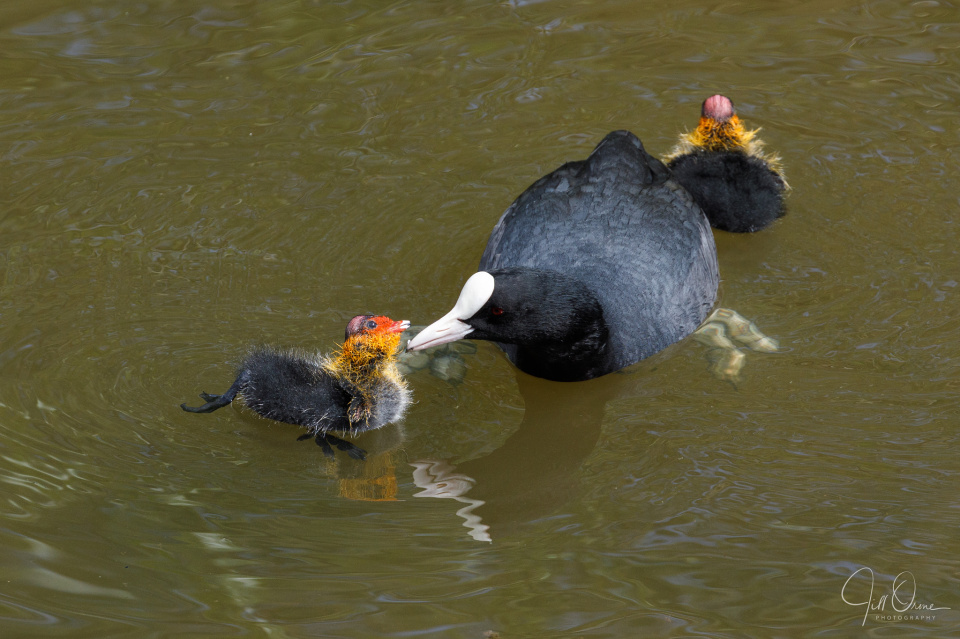 R and I reached our 32nd wedding anniversary today – a feat which at the very least has spared two other people three decades and a bit of having to live with either of us. We went for a walk at Croome this morning, where we got rained on (slightly) and found no Odonata, and then drove through to Stratford, where the weather was better and we were able to enjoy our first restaurant meal in fourteen months, at Carluccio’s. If we’re connected on Facebook you probably already know this, because I posted a phone photo of our main courses, but I was saved from having to re-use it for tonight’s blip by some interesting bird activity down at the river.

When we walked into the Bancroft Gardens, the first thing we saw was a tufted duck on the canal basin. This is so unusual that I assumed for a moment that it was Number Two exploring, but it turned out to be Number One, looking for his mallard, who has disappeared. What can have happened to her, I have no idea – it’s too late in the spring for me to think that she’s decided to settle down with one of her own kind and start a family – but there was no sign of her, and he soon gave up searching the canal and flew back to the river, where he swam up and down outside the theatre looking quite distressed. It seems harsh for him to have lost her so soon after she’d finally begun to return his affection, so I hope that she’d just gone off shopping or something and that she returned to him later in the day. Number Two, by the way, has also disappeared, which isn’t surprising because he looked very anxious and unsettled at the weekend; I just hope that when he left he didn’t take the mallard with him.

In better news, the coots which have been constructing a towering nest between the Old Tramway Bridge and the nature reserve island now have two chicks on the water, plus another chick and at least four more eggs still in the nest. Coots have a reputation for being at best careless and at worst brutal with their young, which suffer a high rate of mortality from starvation, and are sometimes actively killed by one of their parents if food is scarce, but this adult bird was diligently feeding both chicks with invertebrates, and they both looked healthy and active. Coots have never been among my favourite birds because they’re aggressive and destructive, but this was a rather charming scene and we spent several minutes watching them from the bridge. 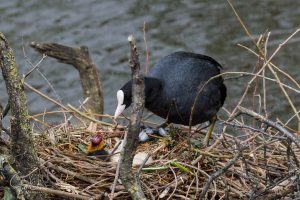 The extra shows the nest and its occupants. The adult is the same bird as in my main image; its partner had been brooding, but got up and left when this one climbed back up onto the structure, and went down into the river to take over the care of the older chicks.