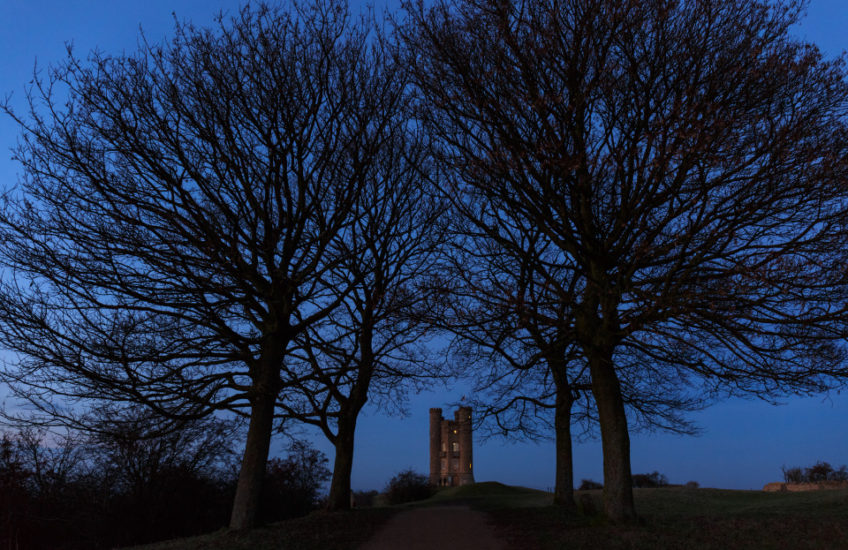 It being my birthday, I was treated to a lovely day today by R, who gave me super presents and then took me for lunch at one of our favourite restaurants. I also had phone calls from both Offspring, and received cards, and dozens of on line messages – I’ve felt positively pampered!

As R and I were driving back home late this afternoon it was obvious that a sunset was developing, so I left him working and zoomed back out to see what I could capture. I’ve been havering for ages between two shots, and have finally decided to feature this view of the Broadway Tower as a companion piece to this one which I posted about a month ago.

I couldn’t resist posting the other image as well – not least because I’m quite pleased with the way it came out. It began life as a single shot, exposed with the sky at +1. I made a virtual copy in Lightroom which I pulled back by a stop with some extra lowering of the highlights; then I took both copies into Photoshop as layers and blended them. It’s not perfect by any means – I still had to lift the shadows quite a long way, and they’re a bit grainy – but when I look back at some of my early attempts at using layers (not much more than a year ago), I think I’m slowly improving. 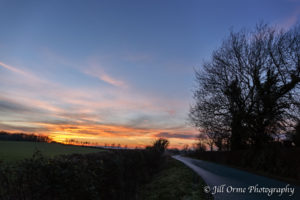