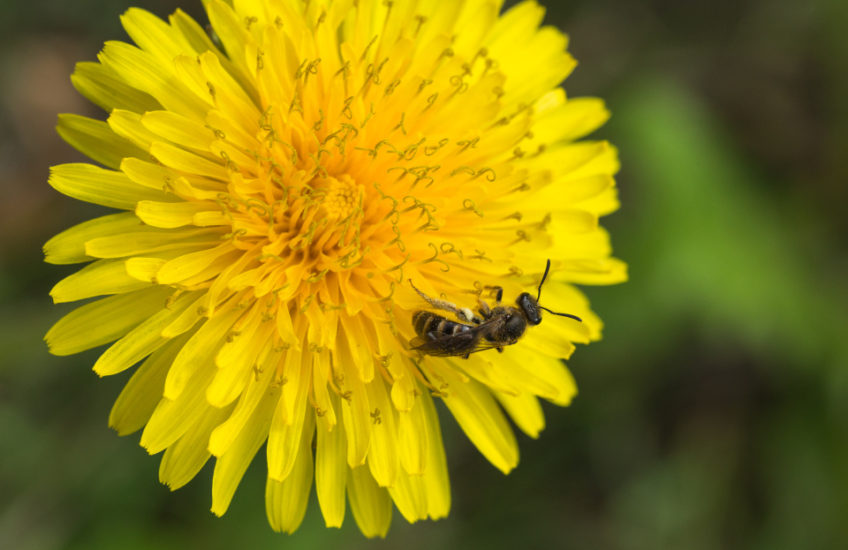 I don’t have any fascinating news to share with you today, except that I logged a couple of species of hoverfly this afternoon which I’d never seen before. I know – the excitement is almost overwhelming, isn’t it?! But let’s not get too carried away.

This isn’t a hoverfly, it’s a bee – a Lasioglossum, I think, though I’m still waiting for confirmation of that. But the most striking thing is how very, very small she is – I was looking quite carefully but I still almost missed her, because she was deep within the dandelion, feeding and collecting pollen, and was almost hidden. I waited, in the attitude the village has now come to expect of me (head at knee level, bum in the air), and after a few seconds she emerged and I got this one shot before she flew.