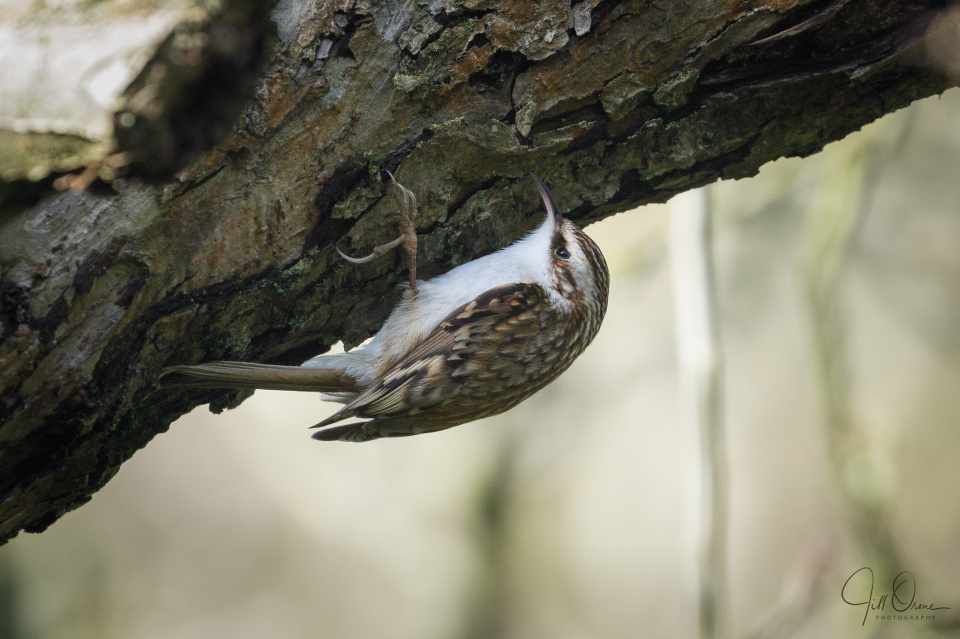 What a difference a day makes. After days of horrible weather, and yet more rain overnight, today was warm and sunny, with a (much-needed) drying breeze, and suddenly the garden was full of busy birds – and me. Absolutely nothing improves my mood and demeanour more quickly than spending time outside on a nice day, watching and photographing nature, and after an hour down in the wild garden this afternoon I was almost beatific.

I’d already banked some shots of a male Great Spotted Woodpecker on one of the peanut feeders, and then topped that with a singing robin, so I knew I had a postable photo in the bag, and I wasn’t looking especially hard for other subjects. But then I heard the delightful wittering of a group of long-tailed tits as they swooped into the garden to hunt for insects and grubs, and luckily managed to capture one of them when it paused very briefly at the top of the chestnut tree. I caught the same individual again a few seconds later, when it moved into the apple tree under which I was standing, but that’s a messier image because of the tangle of twigs around the bird, and I prefer the chestnut tree image, which I’ve posted below. 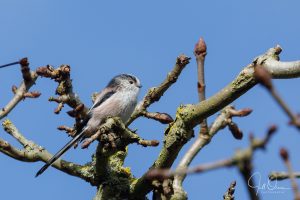 And that, I thought, was probably that for the day, photography-wise. I fetched a mug of tea, and sat on a heap of conifer roundels at the side of the garden with the sun on my back, gazing around and thinking about improvements we might make to the wild garden. And that’s when I saw the treecreeper, a few metres away on the old cider apple tree. O frabjous day! It was only the second time I’d ever seen a treecreeper in our garden, and I was terrified of putting it to flight, but it completely ignored me as I gently lowered my mug to the ground and raised the camera, and carried on working along the branch, probing for invertebrates in crevices in the bark, as I shot a long burst of frames. It then moved on the the Norway maples on the other side of the garden, before working its way up one of the main limbs of the oak tree near the pond, and then disappearing.

I am, as you may be able to tell, absolutely thrilled skinny with this encounter, and I definitely foresee the arrival of a bird hide in this area in the not-too-distant future.