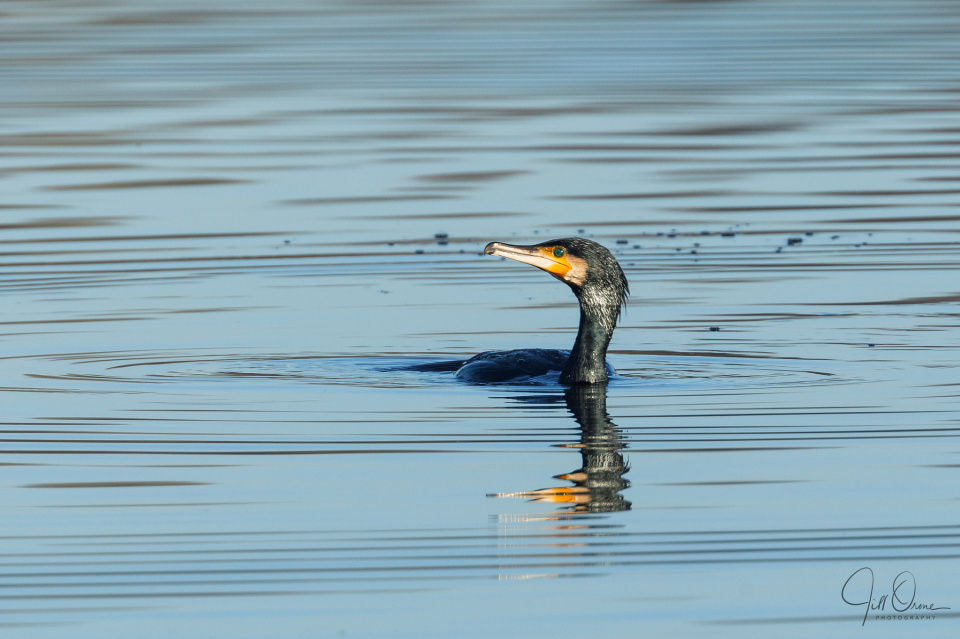 I’ve been hearing recently that there’s a lot of otter action going on at Kemerton Lake, on the border between Worcestershire and Gloucestershire, so this afternoon I drove over to take a look. There have been periods when I’ve visited this reserve regularly, but I hadn’t been since the start of the pandemic, and it felt good to be back there again. Though I do wish I’d remembered that the track along the field edge from Kinsham is generally a swamp, and worn wellingtons.

There were two chaps in the public hide when I arrived, neither of whom I’d met before, but one turned out to be someone whose photos I’ve admired for quite a while, which was nice. They’d already had good views of two otters, and one of them reappeared just as I walked in, so I found myself photographing it almost before I’d sat down. Unfortunately it was fishing in the bay to the west of the hide, where the light is usually bad and was horrible today, so my photos aren’t anything to be proud of, but I had a great time anyway, just watching it hunting.

I’ve put a few photos on my Facebook page, if you’d care to see them. The first two are of the otter on the west side of the hide, and there’s also one of a second otter that put in a brief appearance in some lovely light to the east of us. This is my favourite photo of the session, because I love the mad green eyes of cormorants, but the shot of the teal in flight comes close, and if the birds had had the consideration to space themselves out just a little better it would probably have been my photo of the day.