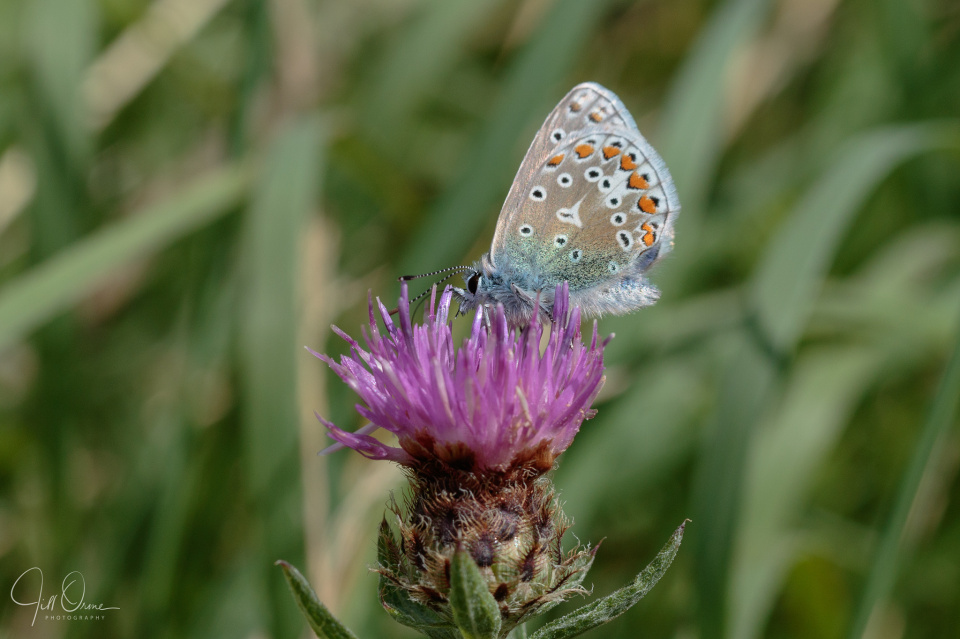 Many butterflies are enjoying a bumper year in 2019, and I can truly say that for some species such as the Gatekeeper I have never seen so many in one season.

But in our neck of the woods at least, the small double-brood species were decimated by last year’s midsummer drought; there were many fewer second-brood Common Blue, Brown Argus and Small Copper than I usually see, and those that did emerge found almost nothing to eat in the parched fields, and disappeared very quickly. To make things worse, the field we refer to as Tilly’s field, which used to be home to an elderly horse but is now used as a hay meadow, was cut just a couple of weeks after that second brood started to appear, giving their eggs almost no time to hatch and develop.

The result of all of this has been a near-absence of small butterflies in the village this year. Until today I had only seen one Common Blue, and I haven’t found a single Brown Argus or Small Copper. So as I walked through Tilly’s field this morning I was very pleased indeed to spot two very fresh Common Blue males fluttering around the knapweed. They were very much less happy to see me, sadly – and I can understand why: it was furiously windy, and they were having to contend with being buffeted around and attacked by lashing foliage, and (of course) they urgently needed to fight each other for territory, so the last thing they needed was to be stalked by a huge predator as well.

The combination of the strong wind and my subject’s skittishness made this a tricky photo to capture, so although I’m not especially pleased with it I do forgive it, and I’m posting it to mark my pleasure at seeing the blue boys arrive back in town.