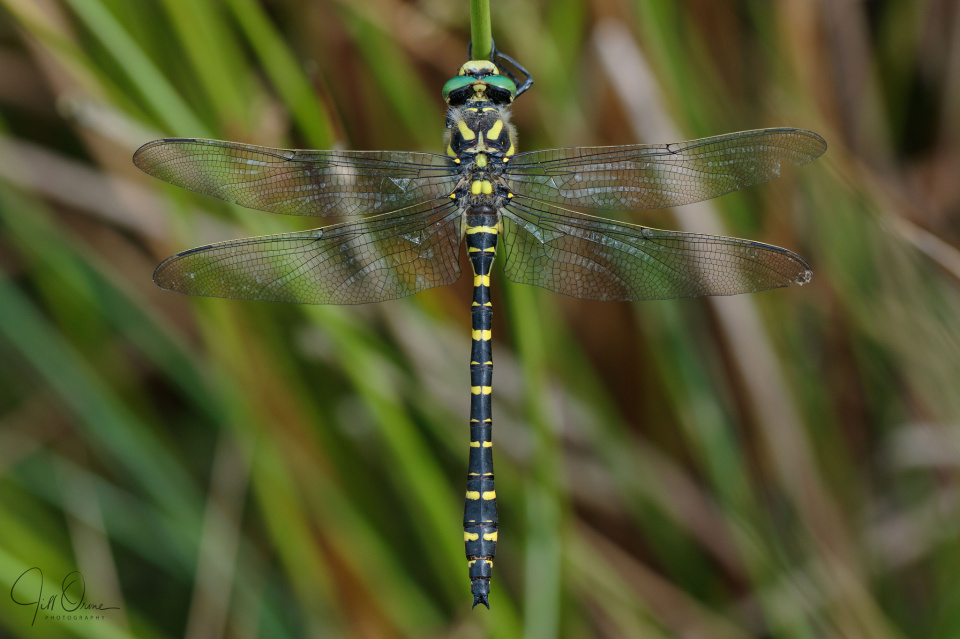 I zoomed back up to Shropshire early this morning, in search of the acid-loving dragons that I can’t find closer to home. I was feeling a bit fragile, and not very happy, and by the time I made my first stop on the Long Mynd I’d pretty much talked myself into the likelihood of it being a bad day. But about thirty seconds after leaving the car, all negativity was banished when I spotted my first Black Darter of the day – an ovipositing female – rapidly followed by several more BDs of both sexes, and a couple of Common Hawkers. To my surprise, Black Darters are still emerging at this site: every few minutes a teneral individual would float up out of the reeds and rushes at the edge of the pond, and flutter away across the heath on soft wings, in search of a safe perch on which to finish drying out.

I’ve posted a pair of photos of mature male and female BDs to Facebook, if you’re interested; I really am quite in love with these tiny, elegant dragons, and very pleased to have found so many to photograph today. The lesson I learned from watching the Common Hawkers hunting them later in the morning is that they like to be at the pond early, while the hawkers are mostly still roosting – so if I want to see them, I need to be out early too.

Flushed with success, but in need of coffee, I made the heart-stopping descent of the Long Mynd, and swung into Carding Mill Valley – which was somewhere between the Fourth and Fifth Circles of Hell, but did furnish me with a map, some caffeine, and my first sighting of the day of a Golden-ringed Dragonfly. The fact that it didn’t perch, but dematerialised almost in front of my eyes, was the spur I needed to throw my gear back into the car and set off back up the Long Mynd (thankfully via a different route), in search of another pond I recently heard about.

When I arrived, there were a few people around, but not many dragons, and I feared I was about to draw another blank on the GRD. But a fellow-member of the British Dragonfly Society told me that he’d seen one by the stream that feeds the pond, and when I found the spot he’d described, I also found my dragon. Golden-ringed Dragonflies are one of the largest British species; males are about 7.5cm long, and females – which have a long, needle-like ovipositor – are even longer. The wingspan is roughly 10cm. They’re a moorland specialist, and are more likely to be found near running water than stagnant ponds, because the females oviposit into the beds of streams and shallow, slow-running rivers. One of the admins of the Facebook dragonfly group told me recently that they’re relatively passive, and not particularly nervous of humans, and that was certainly the case with this handsome male, who sat for nearly ten minutes while I approached closer and closer, clicking away – and when he did take off, flew a rapid circuit of the area and then returned to a perch very close to where I was still standing.

The GRD is my 26th Odonata species of 2019, and the eighth that I’ve photographed for the first time this season. I’m pretty chuffed with him, and I’d love you to look at him full-screen, if you have the time.