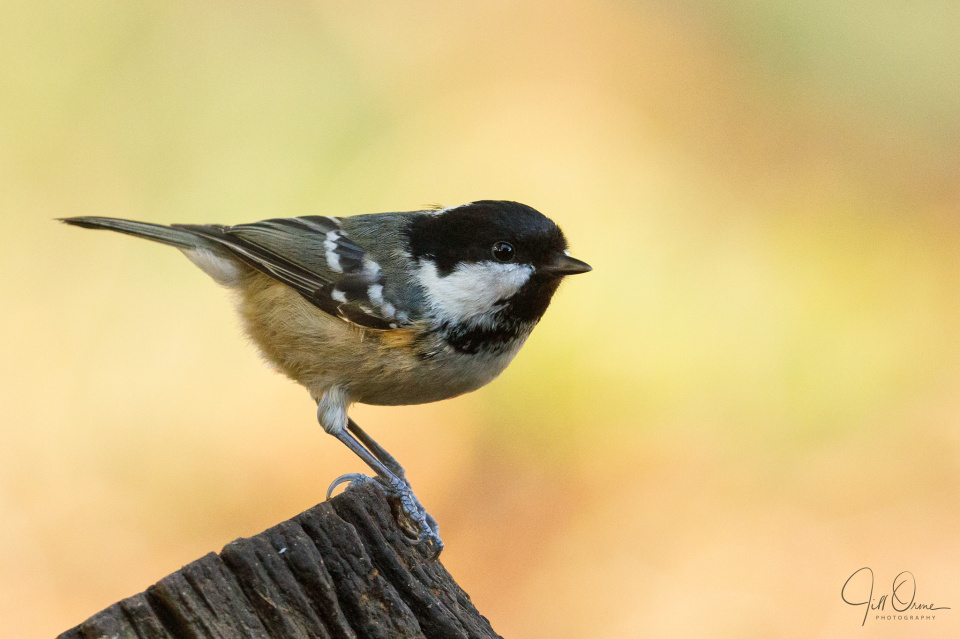 I didn’t have time to go gadding about after birds today, with the rest of the Christmas decorations still waiting to be put up. But I didn’t get where I am today by prioritising things that need doing quite urgently over my own entertainment, so I stepped around the boxes and bags of decorations, and zoomed off to Hillers. To be fair, I only spent half an hour in the hide, and I did buy a few essentials from the farm shop (chocolate tiffin, and mince pies for the man who loves mince pies but has the misfortune to be married to a woman who can’t be bothered to make them), and then I came home and made kedgeree for lunch, and afterwards decorated the sitting room. So I think I can be forgiven the odd bird.

Coal tits aren’t exactly odd birds, but I find them really hard to photograph well because they’re small, fast, acrobatic, and nervous. They’re the smallest tit we have in the UK, and though they’re usually described as being a bird of coniferous woodland (which is where they prefer to breed), they can be found in many other settings, including gardens. They have lower fat reserves than other small birds, which you’d think would make them particularly vulnerable to cold, but they actually survive the winter pretty well because they compensate in two ways: firstly, they have a broad diet, including insects (in all their life stages), spiders, seeds, and nuts; and secondly, they cache food when it’s readily available, storing it in holes and bark crevices in trees against future shortages.

I was getting ready to leave the hide because the cloud was banking, the scene in front of me was darkening, and my settings were becoming unworkable, when a sudden shaft of sunlight hit the woodland. I stopped in my tracks, and just at that moment this coal tit landed on one of the the posts, and paused for a second to check for danger before dropping down onto the bird table. I got just two photos before it moved, and a few seconds later the light faded and the woodland was sunk in gloom once more.