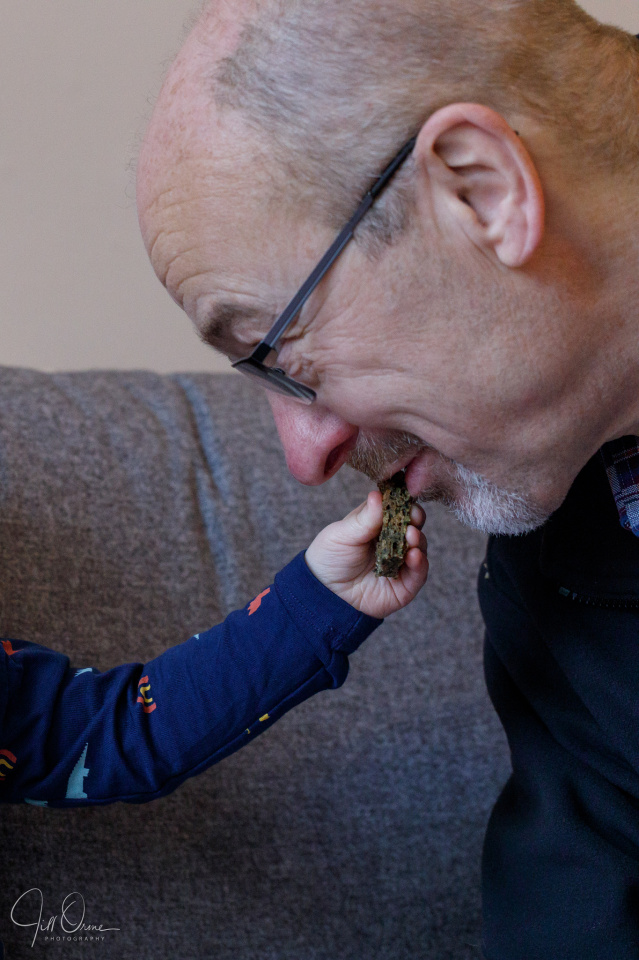 Baby B: Try my snack, Granddad.

Baby B: No, that’s just pretending, Granddad. You have to actually get it in your mouth.

As Baby B’s face has no social media presence, I’ll have to ask you to imagine the self-satisfied smirk he was wearing as he jammed his snack into R’s face. R says that he managed not to actually eat any, which is probably just as well, given that I had to share a car with him for two hours on the way home from the Principality: the snack contained spinach, prunes, peanuts, and oats, and travelled through Baby B’s digestive system with the efficiency of industrial drain cleaner. Apparently it was delicious though, because at least ten of it were eaten over the course of the day.

Good luck to his parents tonight, is all I can say. 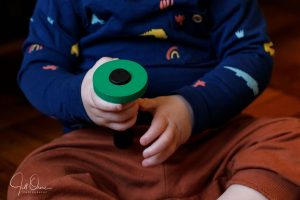 R gave me his blessing to post the snack photo, but I’ve also added an extra to show how The Boy’s coordination and spatial awareness are progressing. He’s started to be able to sort shapes, and likes to pick up a circular block by pushing the end of a cylinder into the hole in the middle, and then tilting it upright as he lifts it, which I think is pretty good going for eleven and a bit months old.