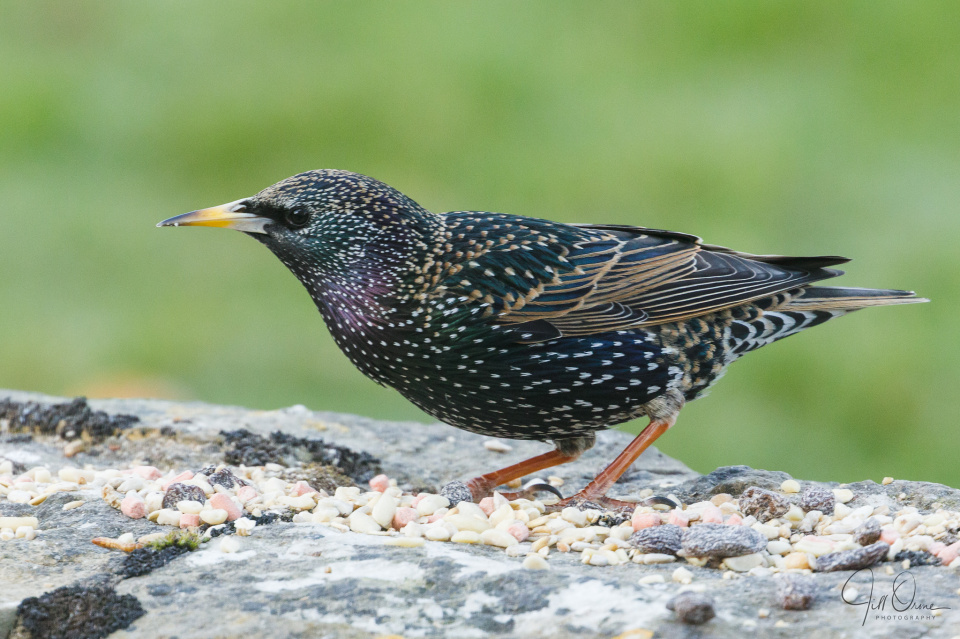 According to the Winter Watch team, over a million people took part in the RSPB’s Big Garden Birdwatch last year – an amazing collective effort towards the understanding of bird populations in the UK. Today was the final day for this year’s count, and I was intending to do my hour at the window with the binoculars at some point during the day, but probably not until this afternoon because I was planning a morning trip out to Draycote Water. In the event though, I started my count while the breakfast pains au chocolat were in the oven, because there was a fieldfare and a redwing on the lawn that were too good to miss; and by the time the hour was up I’d taken so many photos through the kitchen window that I knew I’d be mad to go out taking any more, so the trip to the reservoir found itself postponed.

Even though we were still in our dressing gowns, R and I both wound up out in the garden during what I have to say was a pretty chilly hour – I went out three times to chase squirrels off the seed feeders, and took the opportunity to strew some more apples and ground food around, and R helped the birds have at least some of the feeders to themselves by spraying the pole of our quadruple feeding station with WD40, so the squirrels couldn’t climb it. It’s not that I mind feeding the squirrels (though I could do with them costing me less than they do), but at one stage this morning we had five of them eating and fighting around the top garden, and virtually no birds anywhere to be seen.

My count for this year was seventeen species, which is pretty representative for this garden: last year I managed eighteen, and the year before fourteen. I was especially pleased to score a quartet of thrushes – several blackbirds and a song thrush, as well as the fieldfare and the redwing – but sad that our resident pied wagtail didn’t turn up, and slightly concerned as to why that might be. I know that a lot of people don’t care for starlings, especially where they’re non-native introductions, but here where they are native the drop in their numbers over the last fifty years has made them a red list species, and as they’re in decline I think the least we can do is to appreciate how beautiful they are. I believe this one is a female (though I’m prepared to be contradicted): its bill is yellow and its legs are becoming red, which is a feature of the breeding season, when the males are said to be more glossy and less spotty than the females.