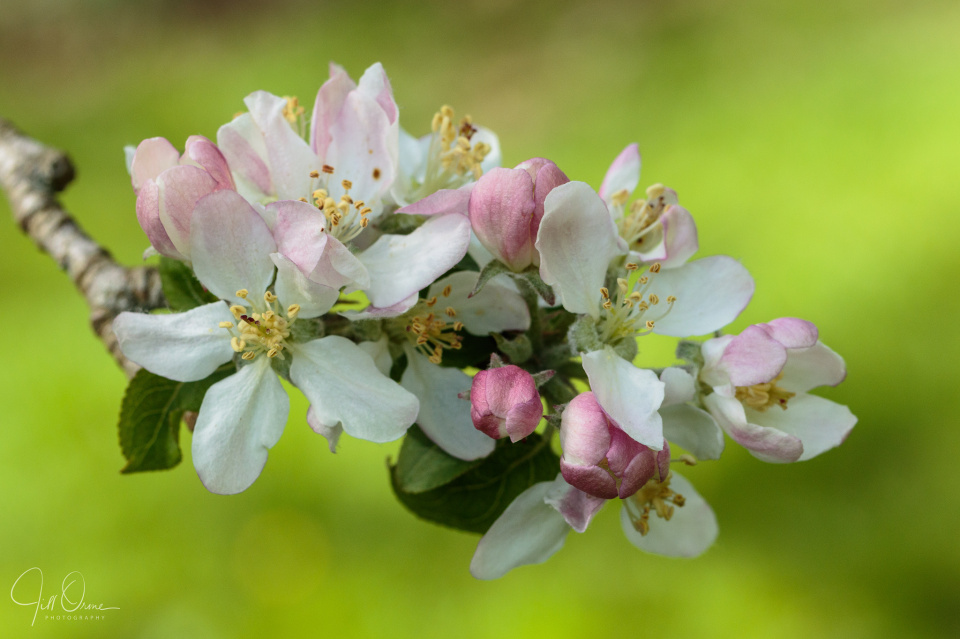 Well, not exactly cider – but the blossom of our huge old cider apple tree. When I went down into the wild garden this morning, there was such a loud buzzing going on that I initially thought we had a swarm of honey bees, but when I tracked the noise to its source it turned out that they weren’t swarming but working. Yesterday the tree was covered in buds, but overnight the blossom started to open, and today it was surrounded by a cloud of bees, enjoying the nectar and collecting pollen. I like to imagine that the nectar is a little cidery, and that this is why what seemed like every bee in the village was propping up the bar.

The most interesting thing that happened today was that for about an hour we had a chiffchaff calling in one of the sycamore trees. It was hidden from view, and because it was singing an unusually elaborate song I wasn’t sure what it was – but I knew that it was a bird I’d never heard in the village before, so I taped the song on my phone so that I could check it against the specimen calls on British Birdsongs. Then, as I was walking back up the garden from photographing this blossom, it suddenly decided on a change of perch and flew onto a birch tree, where I had a clear view of it and managed to get some identification photos. Shortly after that it went back to the sycamore, so it was lucky for me that it moved while I was there to see it. Every few seconds it would pause and listen – and I would listen too, hoping that it would get a response… but none came, and by the time R and I arrived home from a trip to Stratford there was no sign of it. R said that maybe it had stopped singing because a friend had joined it, but sadly I think it’s more likely that it realised it was the only chiffchaff in the village, and moved on elsewhere.

In better bird news though, I’ve now confirmed that our next-door neighbour was right when she told me the other day that we have goldcrests at the bottom of the garden. So much more desirable than fairies!