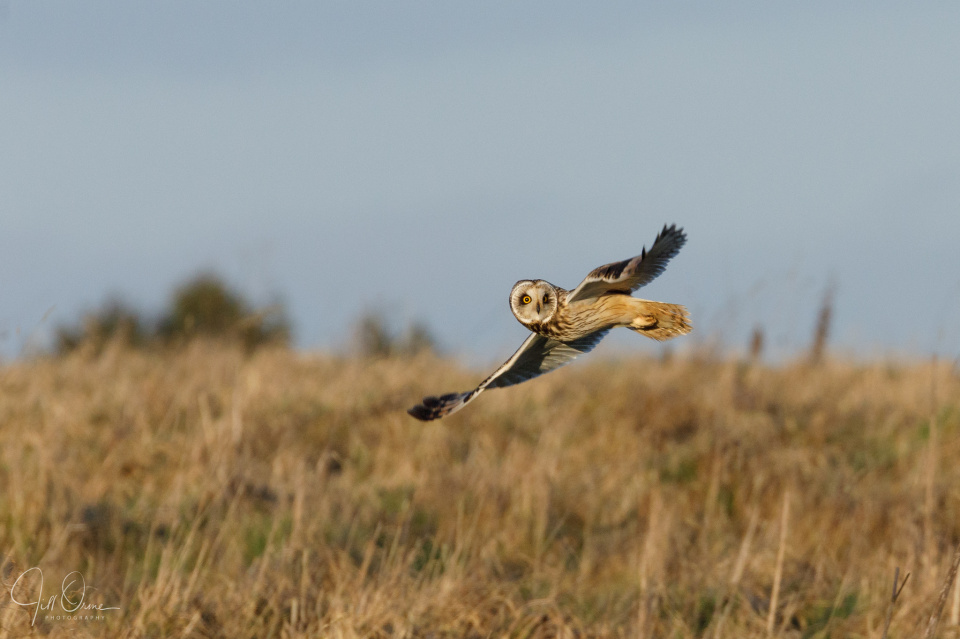 Are you getting this fly-past?

I had to go to Stow-on-the-Wold for a haircut this morning, which put me within easy striking distance of the owl field, but I was free by 11am, which according to owling lore is far too early to expect the shorties to be up and about. So instead I went down to the Cotswold Water Park in search of a black-necked grebe. I didn’t find it, but I did find a cup of coffee and some banana cake, which was nearly as good.

I then spent a while improving my knowledge of the CWP footpaths and bridle tracks. This is a very frustrating area for birding, because so many of the lakes are privately owned: few things make me less amicable than driving all the way to the Gloucestershire/Wiltshire border after a photogenic bird, only to be confronted by the locked gates and barbed wire of a sailing club, or a swing barrier and a security person guarding the entrance to a gated estate. So I’m creating my own list of which lakes can and can’t be accessed, to save me mileage and frustration.

By the time I was heading back north on the Fosse the light was perfect for owling, so I swung up onto the top of the scarp, to find the owl field almost deserted: the hordes of people who’ve been there for the past few days were absent, though with all the parked cars gone it was clear that some of them have left disgraceful quantities of litter to mark their visits. Perhaps because it was so quiet, the owls were out in force – and so were the voles, so the owls were all eating well, though that didn’t stop them squabbling over each other’s catches.

I was on the side road, chatting quietly to a woman who I think may be related to the farmer who owns the field (and to whom we should all be grateful because he chooses to keep it rough to support wildlife), when the owl in today’s extra flew straight towards us and dropped. I wasn’t sure if it had killed until I saw it mantling – that is, spreading itself protectively over the top of its food (much as I do with cake) to try to hide it from potential muggers. All raptors have the instinct to do this, though I’m not sure how good a strategy it is – if I were an owl or a kestrel flying over a field, and I saw a rival on the ground, mantling, I’d be zooming straight over to see what they’d caught. Whistling nonchalantly while gazing innocently skywards might be a better ruse, but evolution doesn’t seem to have got that far yet. 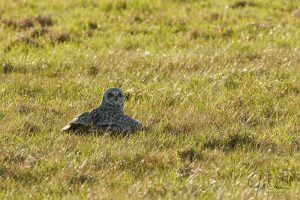 After this I decided to try my luck on the southern edge of the field, where for the first time in weeks there were only a handful of cars and maybe half a dozen photographers. With perfect light, and four owls zipping back and forth, I shot happily away until my battery gave out, which I decided was my signal to head off home. As I was leaving I saw Hillyblips’ car, though she’d been on the top side of the field for the afternoon, so we didn’t actually bump into each other.