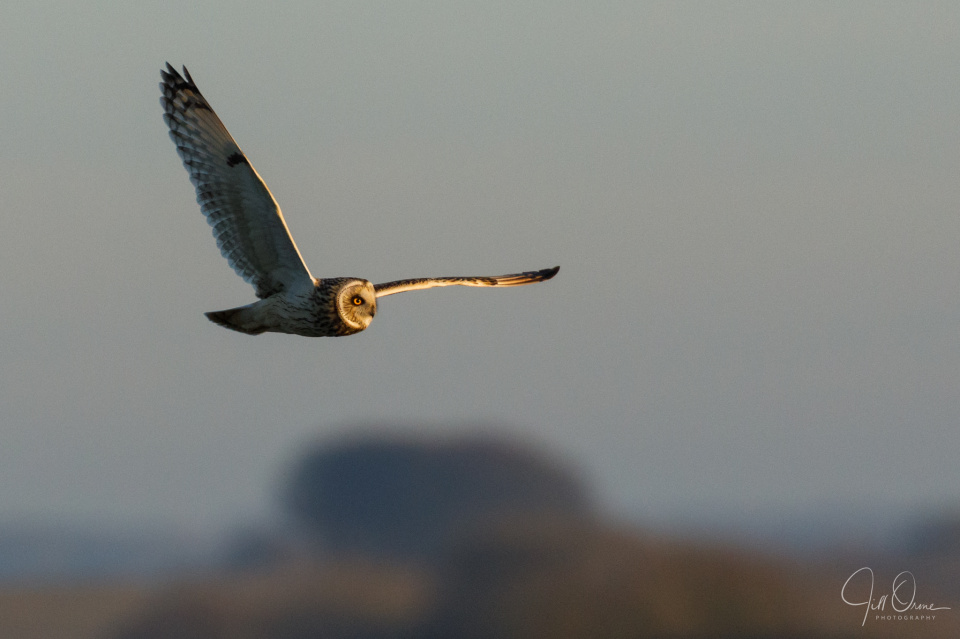 After deciding yesterday that I was no good at this malarkey and it was time to sell the gear, I’ve had – to my relief – a rather better day with the camera today. This morning I was in Stratford, where I took some quite interesting shots at the river, and then this afternoon I went up to the owl field and took this, which is by far my favourite photo of the day. As ever there was a lot of luck in it: I’d been standing with Hillyblips, but had decided to walk over and check out the adjoining field; there was nothing worth photographing there, but as I was walking back, with the setting sun behind me, I realised that this owl was flying right towards me. It’s the lovely faces and captivating eyes of these short-eared owls that keep me coming back over and over again, and the combination of that face and the warm, soft light really pleases me. As ever, it would benefit from being viewed full-screen.

Had I not taken this, I would probably have blipped a shot from the sequence I caught of a different owl taking off, after what seemed to us like a ridiculously long siesta, and which I’ve posted to Facebook. Once again there was a large amount of luck involved: when we gave up waiting for any action to take place at the south side of the field and moved ourselves to the north side, we immediately spotted a lump of owl, sitting in a tussock of grass about 30 metres from the wall, but although we focused furiously on it for several minutes, it showed absolutely no sign of getting up and going back to work. I was shooting hand-held, and after a while my arms simply got too tired to keep holding up the camera while we waited for the owl to move, so I put it down and resigned myself to missing the take-off. Luckily, after quite a while, another owl flew over, causing an outraged reaction from “our” owl, and just as I was photographing it shouting abuse, it suddenly lifted. In the end I’ll only keep the shots where the face is reasonably sharp, but I thought the full sequence was interesting in showing the effort it takes for a short-eared owl to leave the ground.

Having said that this is my favourite, I’ve just spotted another image in today’s set that I really like, and I’ve added it as an extra. I’d been to fetch something from the car, and as I walked back to the owl field I spotted one of the neighbouring farmer’s cattle nuzzling at the icy surface of a puddle, and seeing the light on its face I couldn’t resist trying to catch it. 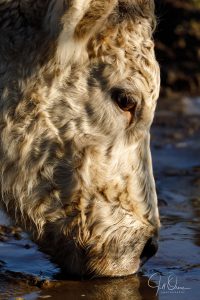