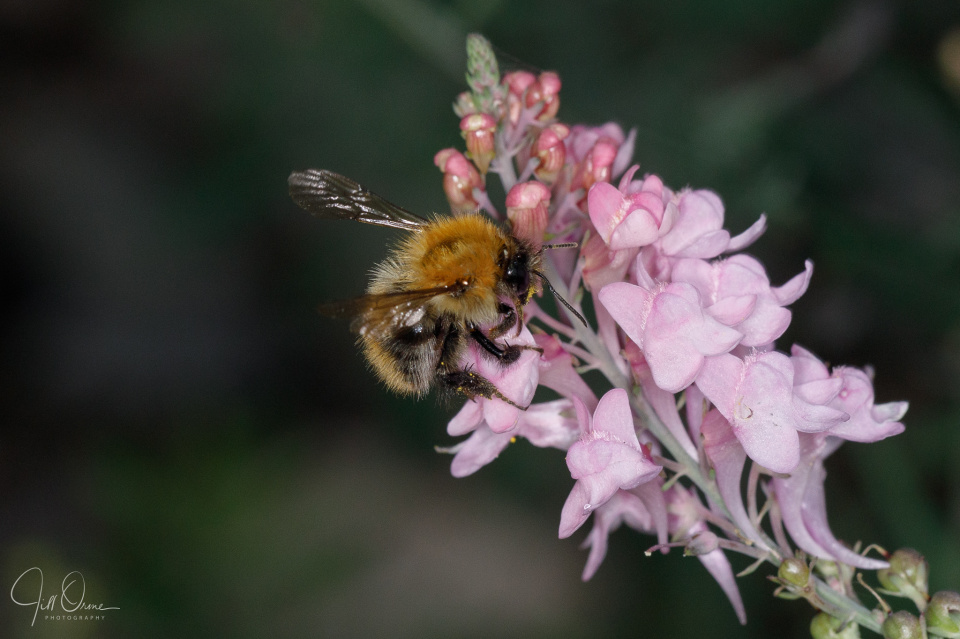 Today ended up being a little more stressful than I’d expected it to be. At lunchtime I was out with the camera, searching for invertebrates to photograph, when I found an injured bird flapping around on the ground in the secret garden. It was a part-feathered juvenile woodpigeon, unable to fly, and with a wound on its breast that was drawing blowflies like a magnet. It kept flapping its wings to try to remove the flies, but without much success, and I knew that if I didn’t intervene it was facing an unpleasant death.

Despite its precarious state it still had some spirit, and it took R and me several minutes to catch it and put it in a cardboard box. Having wedged the box in a stable position between the heaps of maps, nature reserve guides, boots, coats, hats, and gloves that perennially fill the boot of my car, I drove over to the Vale Wildlife Hospital in Beckford and handed it over to the staff. Somewhat to my surprise, the woodpigeon had survived being caught and transported, and they said that although they couldn’t guarantee a good outcome they would do their best to save it. Happy that it was in safe hands, and would either recover or be painlessly euthanised, I left a small donation in recognition of the fact that I’d brought the hospital extra work to do, and went on my way.

As I was heading home around the Evesham ring road, I decided that this would be a good opportunity to go looking for some materials to make a new Christmas door wreath – an errand that somehow consumed the next two hours, and left me tired and extremely irritable. By the time I got home and made it back out into the garden to pick up my bug hunt, the light was virtually gone and so were most of the invertebrates. Luckily though, there’s usually at least one Common Carder working, even when no-one else can be bothered, and when I heard buzzing by the pink toadflax I scuttled over and managed a single in-focus shot of this female before she zoomed off over the yard wall.

Thank you, Ms B. Pascuorum, for rescuing my photographic day.