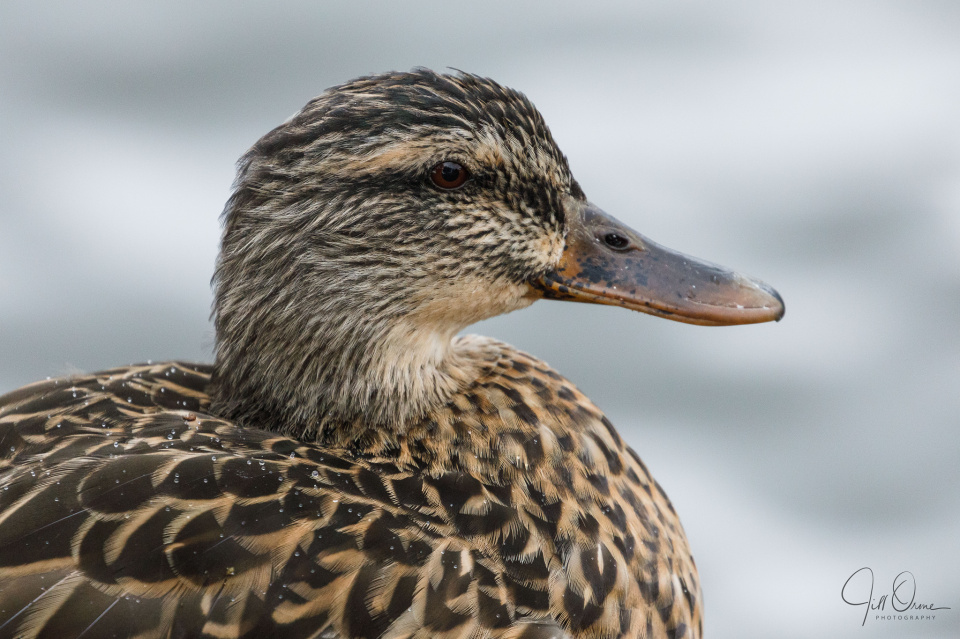 After a wet morning the weather cleared, and R and I went into Stratford to run a couple of errands we’d managed to forget on our last trip. Sigh.

When we arrived it was sunny, and there were a couple of Migrant Hawkers chasing each other around the reeds by Lucy’s Mill Bridge, but by the time we reached the theatre the monstrous crow had overtaken us, and the sky and water were almost as dark as the tufted ducks I was trying to photograph. There are still twelve of them, but a couple of the females seem very restless and unsettled today, which may not auger well: I’ve never seen this described in any account I’ve read of this species, but in my experience the females seem to be the lynch pins of any group, and if they decide to move on the males will promptly follow.

I did manage one or two reasonable tuftie shots, but I was attracted to this female mallard by the loud and insistent noise she was making at the time, shouting the odds from the edge of the wharf at all the other ducks swimming below her. I held the camera on her for so long in the hope of getting her mid-quack that my arm muscles started to tremble, but she remained steadfastly silent and aloof, and in the end I just took her photo anyway, and went to join R for coffee and cake in the park.

In other news, I ordered my Christmas turkey this morning. And then gave R a stiff drink before telling him the estimated price….