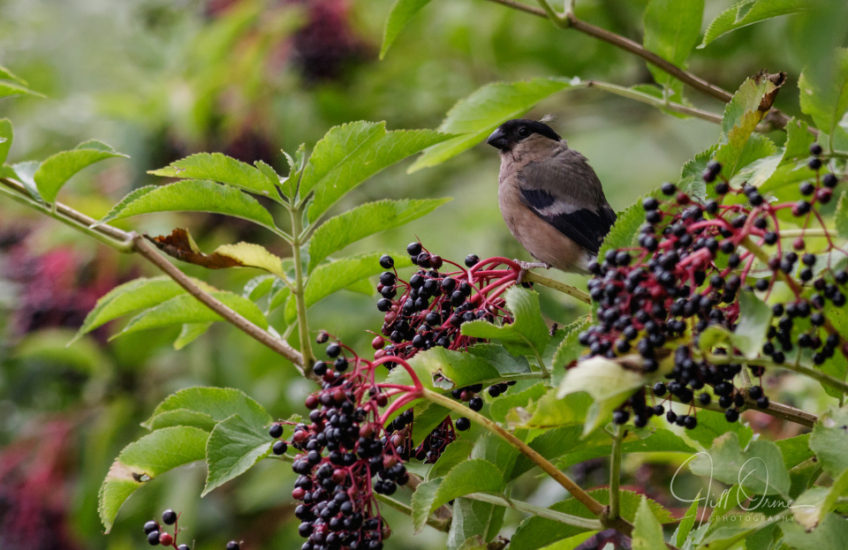 It seems a little odd to have spent several hours in a hide at a wetland site, and then to post a photo of a bullfinch, but this is one of my favourite photos of the day. This particular hide at Upton Warren has some bird feeders positioned close to it, and several bullfinches visited them during the time I was there (as well as several other species, including, I think, a reed bunting), but I wanted a photo in a more natural setting, and eventually I was lucky enough to capture a single shot of this female among the elderberries.

I had a thoroughly enjoyable time at Upton Warren. I even had the joy of seeing a kingfisher – along with the frustration of failing to get a photo of it on any of the three occasions when it flashed in front of me. But I did manage some flight shots of dragonflies, one of which I’ve put in as an extra because I’m pretty pleased with it; it’s fairly heavily cropped because I was about thirty metres away, but it’s still one of the best I’ve yet managed to take. It’s a Migrant Hawker (Aeshna mixta). 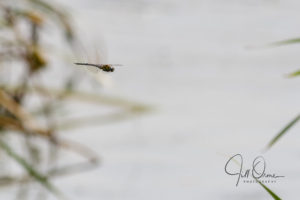 When I’ve finished sorting out my other photos I’ll do an album.

In other news, the decorator worked himself almost to the point of dropping while I was out today, and has finished the kitchen and snug in a day less than he’d originally estimated. They look very nice indeed, and I’m looking forward to seeing everything put back in place over the weekend. Though not to the actual process of moving all the furniture….