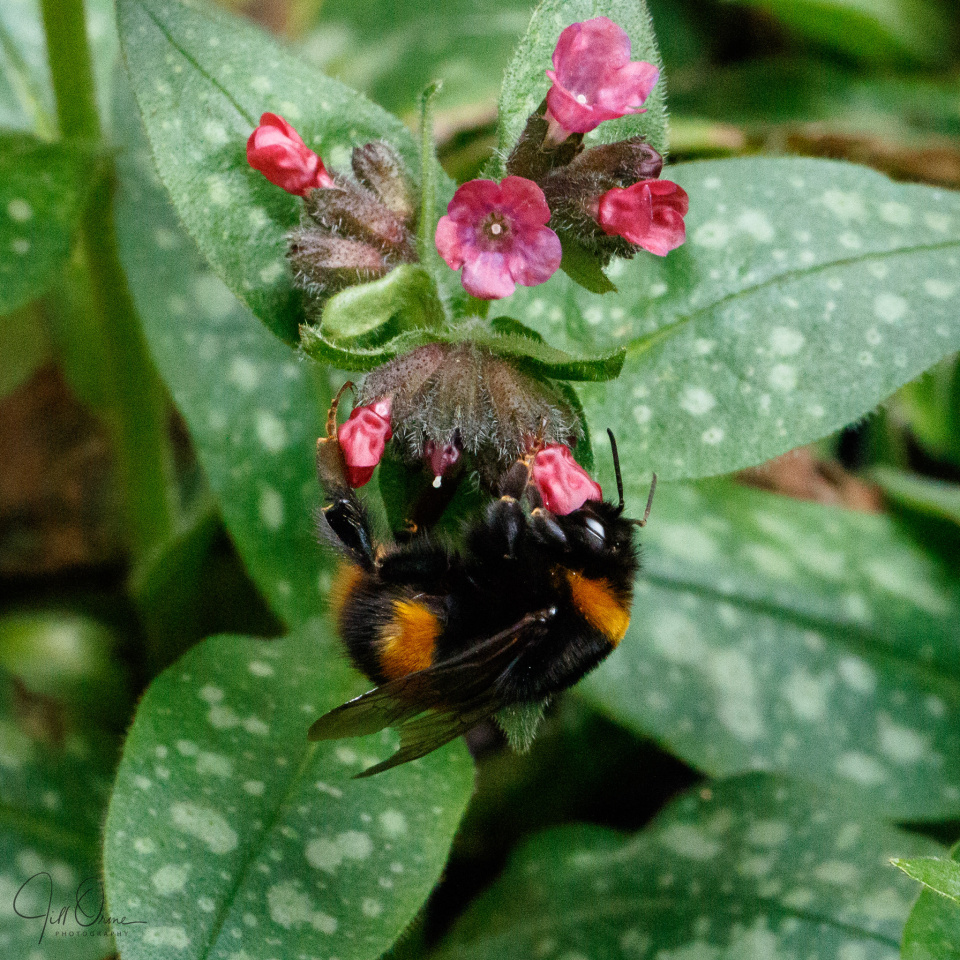 I had an extremely trying day today, for reasons with which I won’t bore you, and by the time I was chasing bees in the front garden this afternoon the sun was already down behind the house roof, and the whole area was sunk (much like myself) in Stygian gloom. This buff-tailed bumblebee queen then chose to forage in the very darkest corner, between our side wall and our neighbours’, and seeing where the ISO was heading I had no hopes at all for this image. It’s a tribute to the efficiency of modern cameras that I’ve been able to use it. I’d also like to thank this Bombus terrestris for being so very…. buff, and not one of those buff-tails that are difficult to distinguish from a white-tailed Bombus lucorum – it’s made my reporting task this evening a whole lot easier.

For the record, R and I removed the leaf netting from the wildlife pond this afternoon, in preparation for the arrival of the Odonata season.