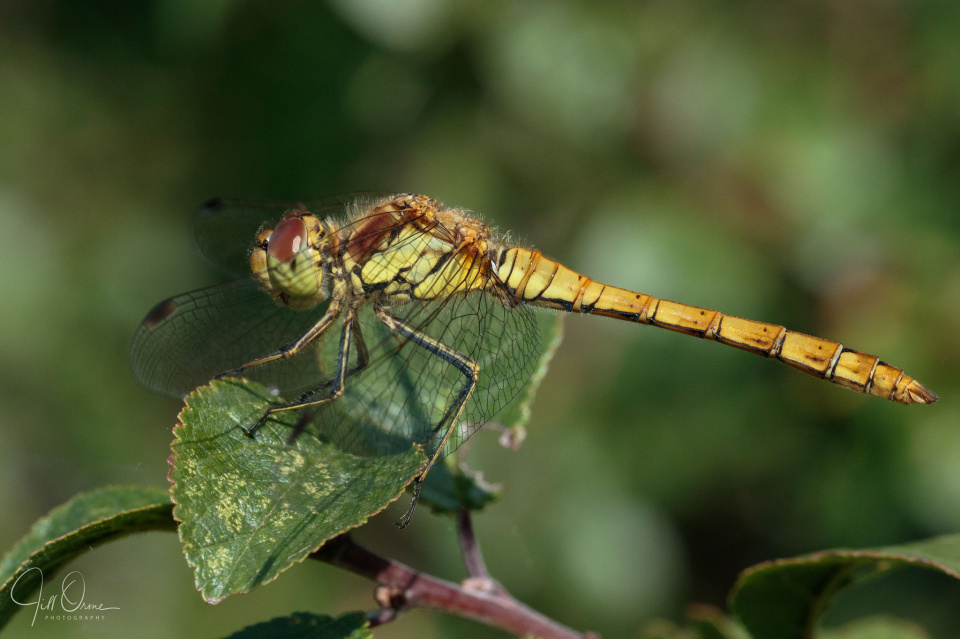 Someone told me today that I was looking in the wrong place for dragonflies. I really try quite hard not to sound like a complete smartarse, especially when talking to civilians, but I confess that a snippy response almost emerged before I had time to bite it back.

Happily for my temper, the situation reminded me of a story that has amused me for some years, going back to the time when we hadn’t been living here very long, and were still making the acquaintance of other dog owners in the village. Admiring a rather lovely and very friendly springer spaniel one day, and asking its name, I was bemused to be told, “She’s called Jake.”

“Ummm… that’s an unusual name for a bitch. Is it short for something?”

“No,” said the owner. “The thing is, we thought she was a dog. The breeder sold her as a dog, and we didn’t know any better. So we called her Jake, and by the time we took her to the vet for the first time she was already answering to it. So we go in, and the vet says, “What a nice spaniel – what’s her name?” And we say “Jake.” And the vet says “Why are you calling your bitch Jake?” And we say, “He’s not a bitch. He’s a dog.” And the vet says, “I’ve been doing this for really quite a long time now. Trust me: that dog is a bitch.””

Cue laughter all round, and lots of fuss for the girl called Jake.

It was a story they’d clearly told many times before, and it was well polished, but that didn’t make it less entertaining. It’s the kind of anecdote that sticks in your mind, and every now and then (most often when having photography explained to me by someone in a bird hide), the words “Trust me. I’ve been doing this for quite a long time now.” spring into my head. Under extreme provocation I’ve even said some version of them aloud, but fortunately today was not that day. I took a breath and said something anodyne – while smiling privately to myself, remembering lovely Jake.

There’s an even brighter view of this fresh male Common Darter here, if you’d care to see it.