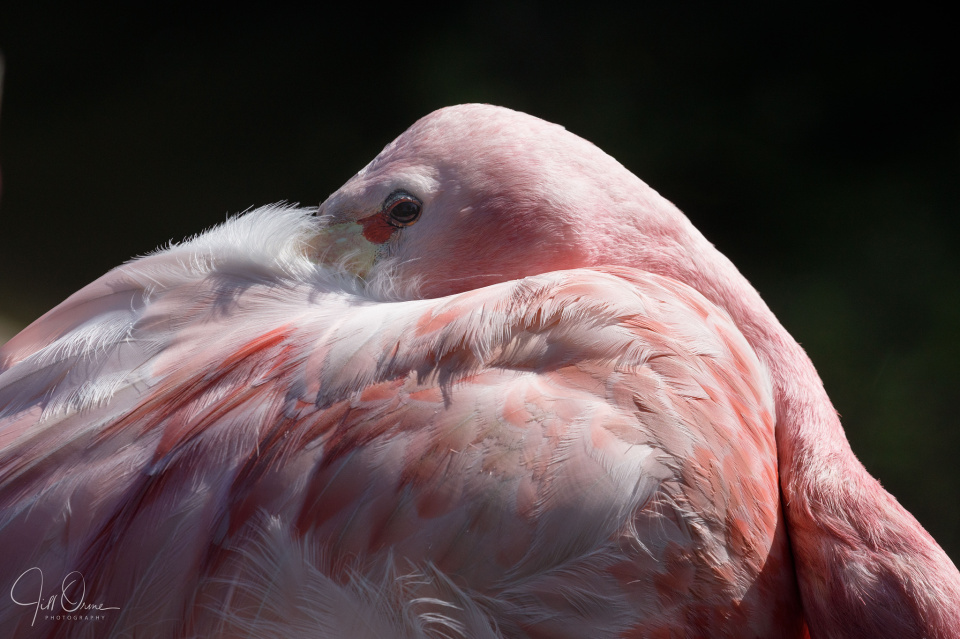 It seemed too long since I’d been at Slimbridge (seven months, according to my photo files), and as I figured that they’d now had plenty of time to work out their anti-Covid measures, I thought it was safe to take a trip down there. I regretted that judgement several times over the course of the day.

It usually takes me about an hour to get from home to Slimbridge – 55 minutes on a good day, or an hour and a quarter if the traffic’s really sticky. Today it took me an hour and a half each way. Going south, the first problem was a collision on the sliproad into Gloucester Services, with several miles of nose-to-tail crawling traffic leading up to the site because of rubberneckers slowing down to peer at all the emergency vehicles as they went past. Having negotiated that and come off the motorway, I was proceeding happily down the A38 when a horrible accident took place a few hundred metres in front of me, between a car and a motorbike. Initially everyone else was siphoned off in the direction of Frampton, but it transpired that you can’t get through to Slimbridge that way, so I was forced to come back to the crash site, by which time someone was directing traffic and I was able to turn in the direction I wanted to go. Ambulance crews were still working at the roadside, and I had the worst possible feeling about the situation, but local news is now stating that one person was taken to hospital, which was a relief to see.

Slimbridge itself was fine, though the light was harsher than I like and I didn’t have the best day with the camera. I did increase my bird list to 98 though – still poor compared with this point last year, but a little more respectable than this time last week. Pick of the sightings (with thanks to the “scopers” who found the birds and let me peer through their optics to see them) were a Lesser Yellowlegs, which turned up all over the reserve at different points in the day, and has some rather unfortunate feeding habits, and a little group of Curlew Sandpipers. None of them was close enough for even a half-decent photo though, and my favourite image of the day has turned out to be this Andean flamingo in meditative pose.

I’d assumed that the A38 would be open again by the time I set off for home; it wasn’t, but the police diversion that was in place to route traffic round the blockage to the motorway junction was easy and fast enough not to account for the 90 minutes my phone was telling me it would take to get home. After numerous miles of nose-to-tail crawling up the northbound M5 I eventually discovered that the “Reported Obstruction” responsible for the chaos was a car that had broken down (or stopped, anyway) in the outside lane. As I negotiated round it I could see a distraught person in the passenger seat – which I rather think one would be – but neither I nor anyone else thought it sensible to try to assist them to get out of the car and across three lanes of traffic. I can only hope that the police reached them quite soon afterwards.

When I arrived home there was a fire engine parked across the bottom of the drive – because of course there was – one of the neighbours having set fire to a tree in their garden. Luckily they were on the point of leaving anyway, and backed up enough for me to get into the yard. By the time I’d regaled R with the story of my journeys we both needed a large glass of wine.