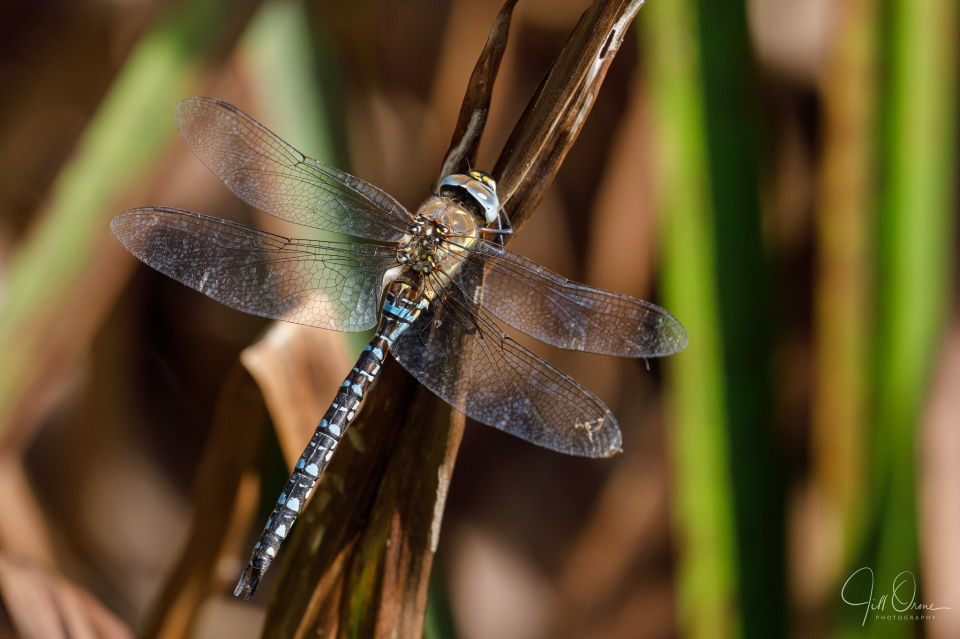 Another Thursday, another visit to Croome with R, and another Migrant Hawker. He’s not as well posed as the one I blipped on Tuesday, but I can hardly blame him for that. He’s also pretty shabby, and so is the reed bed obviously, giving the whole scene of a sense of decline – though you wouldn’t have had the same impression if you’d watched the male Migrants zooming around this morning, searching for females and bickering with each other. They were settling quite frequently, but more because it was still rather cold, I think, than out of exhaustion or senility.

There’s life in us old dogs yet.

I don’t really have anything else to tell you today, except that I still don’t have a positive identification for yesterday’s fungi. A photographer friend has suggested that they might be Clustered Bonnets (Mycena inclinata) though, and that seems quite plausible. I will have to buy (another) book.

This evening I watched Casablanca, which I haven’t seen for years, and thoroughly enjoyed. If you missed it (and if you’re in the UK), it’s available on the iPlayer for the next 25 days.