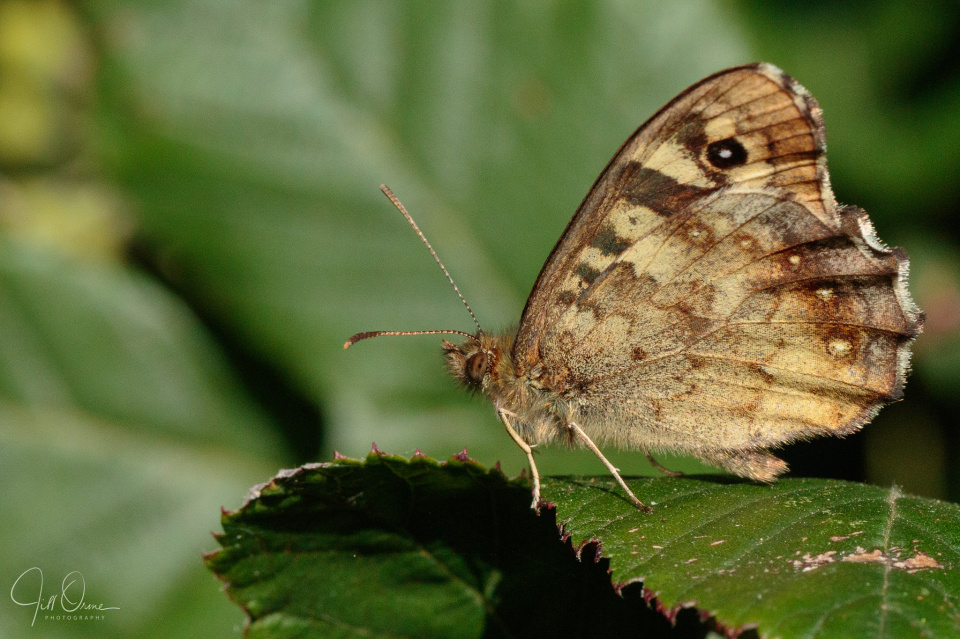 Everywhere I’ve been today, there have been multiple fresh Speckled Wood butterflies flitting about. This species goes through two or three generations a year, depending on location and on the weather, and can be seen on the wing any time from March to October. I can’t be sure, but seeing so many pristine individuals this late in September makes me think that there has been a third brood this season.

This generation of adults will now breed, and their offspring will overwinter either as larvae or (if they make it that far before the weather turns cold) as pupae. If they have to go through the winter as larvae they will spin themselves a little silk bed at the base of the grass on which they’ve been feeding, and hibernate there until early spring, when they’ll wake and begin feeding again. One study suggested that only 3rd instar caterpillars are able to hibernate successfully, which would leave the survivors with a final moult and a 4th larval stage to complete before pupation.

I photographed this specimen on the hedgerow opposite our house. Speckled Woods mostly bask with their wings open, and I was pleased to have the chance to show this one’s underwing markings, but he was doing something strange with them – sagging them slightly outwards I think – and although I wound up approaching him in a kind of waddling squat (à la Groucho Marx), I didn’t manage to get the lens perfectly aligned with the wing surface. I was still trying for the “ideal” image, with the wing sharp from top to bottom and front to back, when he decided he’d received enough attention and flew away. The extra shows a different specimen, also a male, I think, resting in a more normal pose on the blackthorn hedge in Tilly’s field. 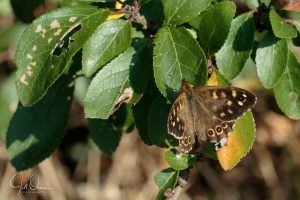