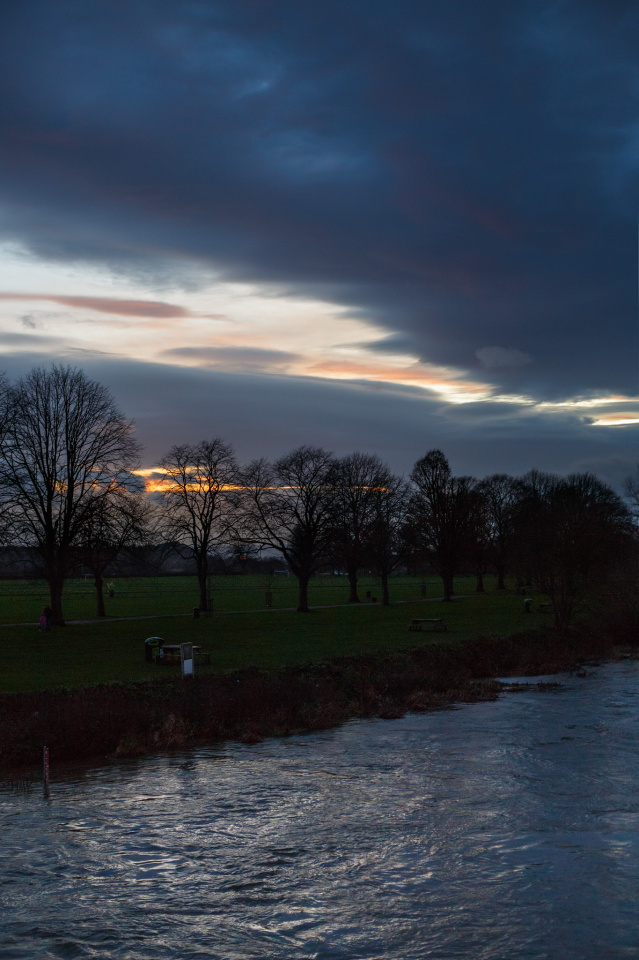 R and I had a lovely day today. Child One came back to the Shire for an early celebration of her birthday next week, bringing her young man, and we went for lunch at Vintner in Stratford.

It’s very unusual these days to see a dog in a restaurant – most places are far too concerned about what the Public Health Inspector might say – so towards the end of our meal we were intrigued to see a beautiful golden retriever walk in. His owner sat down with a friend at a bar area close to our table, and the retriever, whose name was Benny Boy, did what retrievers do best and sat at her feet looking handsome. The restaurant provided him with a bowl of water, which he accepted with grace.

When I went to ask if I could take a photo of him the two women struck up a conversation with me, and happily both turned out to be photographers. They recommended a Stratford-based photography group, which I’ve now applied to join via Facebook – so it was a lucky meeting. It won’t be a surprise to anyone who knows me, however, that I asked the dog’s name but not theirs!

As we were driving back towards Bidford after our long chatty lunch, the darkening sky developed some intriguing cloud and light patterns, and we reached Bidford Bridge just in time for me to walk across and take a few photos westwards along the river Avon before the light faded completely. The biggest problem I had was that it was so windy on the bridge that I literally couldn’t stand still enough to get a sharp shot, and to get this one I had to wait for one of the gaps in the light-controlled traffic and brace myself against the western parapet wall. As I was taking it a voice behind me said “You won’t get a sunset photo here tonight!” – and to be fair, it was so dark by then that as I flicked an irritated look over my shoulder I could barely make out the man who was speaking to me. “It’ll be fine,” I replied, resisting the urge to blow a raspberry as he walked on snorting with laughter, and actually not at all sure that he wasn’t right.

When the file uploaded to my computer I was quite relieved to see that the camera had been able to pick up the light I’d been seeing on the water – though probably only because I was shooting raw. There was a bit of editing faffery in both Lightroom and Photoshop to get the image to this point, but it’s a pretty good representation of what I remember seeing.