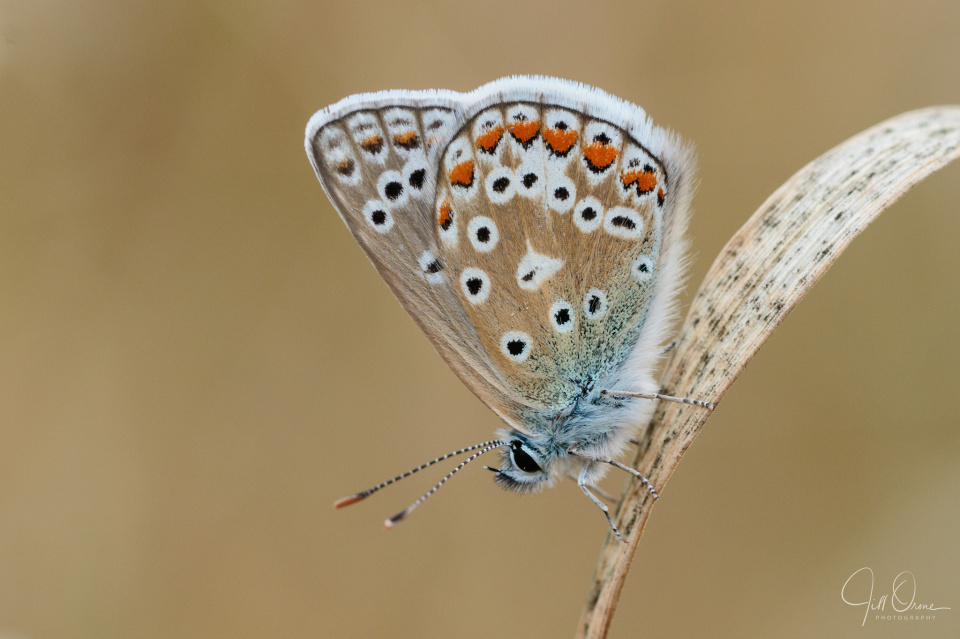 I haven’t been to the butterfly field for over a week: it was such a sad place on my last two visits, with hardly any flowers, and dead butterflies lying about, that I really didn’t want to know what was going on there. But after the weekend’s rain I decided to brave it today, and was pleasantly surprised by the change I found. Although it’s still very brown, there are now new flushes of knapweed, thistles, and ragwort appearing, and there were more fresh-looking butterflies about than I’d expected.

In particular there was a good clutch of new male Common Blues (as well as some older and more ragged ones); and although I didn’t spot any females, the fact that the males were all quite placid suggested that there are enough females around somewhere for the mating frenzy of this brood to have subsided. Most of the Blues were feeding on knapweed, and bickering gently with the numerous Common Carder bees that were also browsing the flowers, but I was especially taken with this handsome chap, who allowed me to get so close to him that this shot has only been cropped for composition.