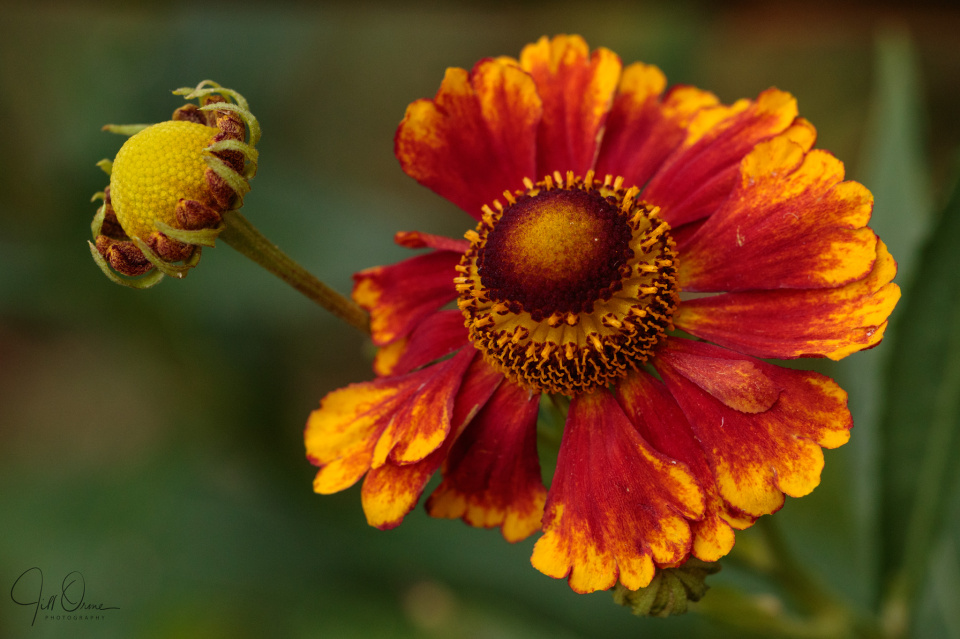 The day was mainly dark and overcast, though we did have some brief periods of sun. It was also much cooler than of late – it’s strange at this time of year to find oneself pleased to be wearing jeans and a fleece!

I spent much of the day at my desk, catching up on some admin and processing leftover photo files from last month, but I did go out this afternoon to get some fresh air and do a little gardening (eeurgh). I was in the middle of cutting back a Philadelphus, when suddenly the heavens opened and it absolutely teemed down, sending me scuttling back to the house carrying the camera and two pairs of loppers. By the time I reached the kitchen I was soaked, but I didn’t care: I almost felt as though I could hear the garden gulping down the water.

I used to have two lovely heleniums, but one has succumbed to the drought this summer, and I almost lost this one too – I just spotted the poor, wilted thing in time, and I’ve been making a point of watering it for the past couple of weeks. Today I feel as though it has rewarded me.