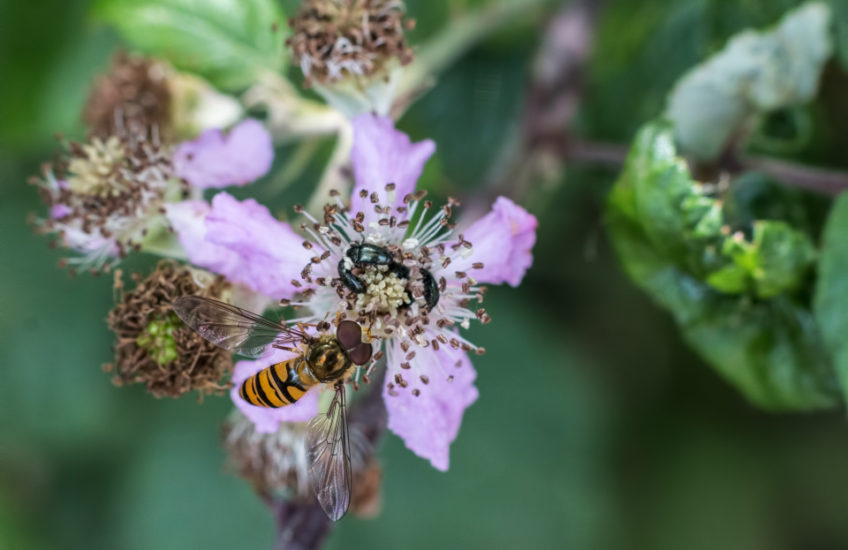 With bonus marmalade fly and beetles. I do hope you’re not utterly bored with hoverflies by now!

Today has been one of those wandering grumpily about, not getting anything done and complaining about everything kind of days – I’ve had some kind of virus for the past few days, and though I’m definitely on the mend now it’s left me feeling pretty wiped out.  Much credit is due to R for putting up with it and not telling me to get a grip – he cheerfully chose this shot for blipping after I told him that everything I’d taken today was awful.

I shall make amends by going and cooking something tasty for dinner now. Then some garden watering; then some journals – then an early night, I think. I have an appointment to see the rheumatologist tomorrow, and I need to be up to dealing with him: neither of us is the other’s favourite person on the planet. See you on the other side!