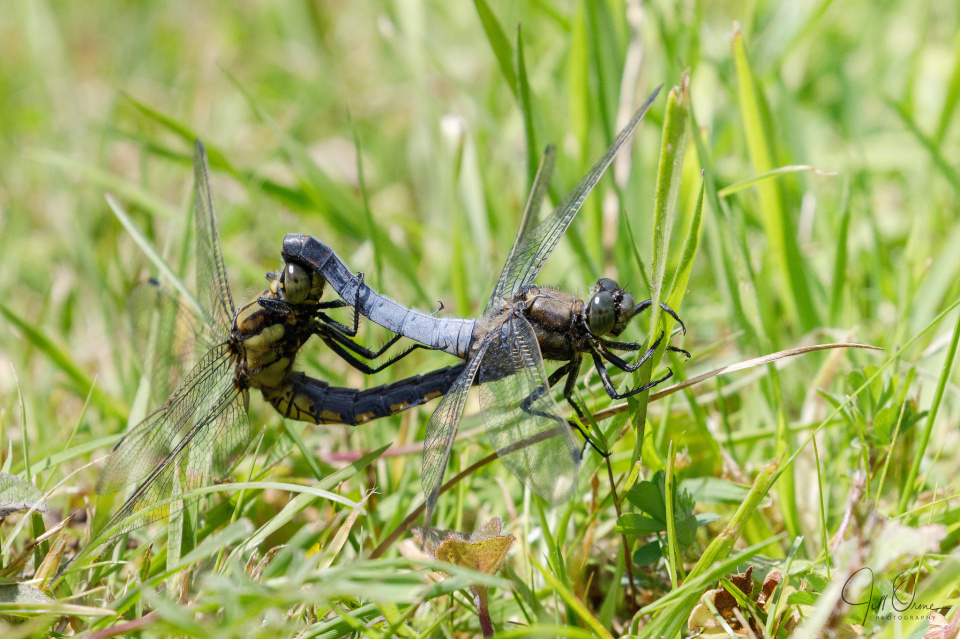 R and I went to Croome this morning, where it felt as though the dragon season was finally getting under way. R came down to the lake with me to act as spotter, but after a few minutes decided that I wasn’t going to have any trouble spotting by myself, so left me to it and went for the kind of walk that he likes – that is, going from A to B at a speed that impresses his FitBit, as opposed to the kind of dawdling around, pointing-a-camera-at-anything-with-wings performance that constitutes a walk for me.

I’m posting these Black-tailed Skimmers because they were my best find of the day, although this isn’t my favourite photo. When I say that I found them, what I really mean is that I almost stepped on them by accident; the male then removed them down to the lake, but couldn’t find a reed that would support them as well as he wanted, so brought them back to the bank. It’s not all that usual to see dragonflies matting out in the open on grass, but from my observation Black-tailed Skimmers are a species that quite like to rest on the ground – especially on sun-warmed patches of bare soil – so I guess this is less surprising than it would be with, say, a hawker.

My favourite photo of the day is the extra, which looks as though I spent a lot of time trying to make a barely-focused shot of an Emperor in flight look arty by adding textures. In fact though, only the focus (or lack thereof) is my work – everything else was done by the 100-400 lens. It’s weird, but I really like it. 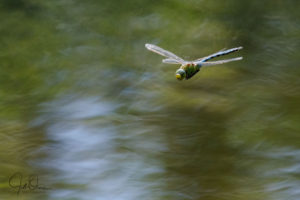 Should you care, there’s a less contorted Black-tailed Skimmer over on my Facebook page.