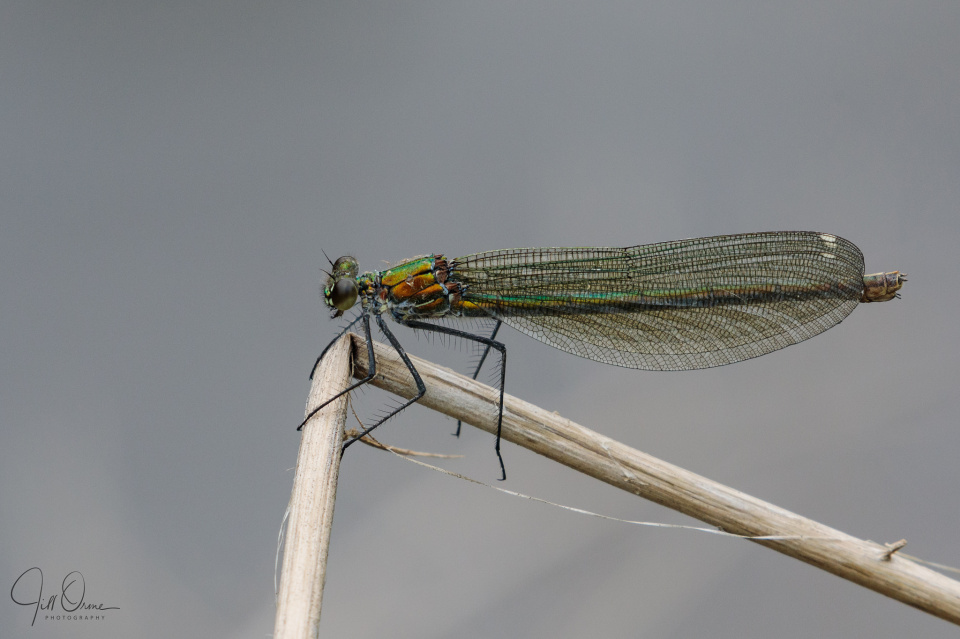 I could have done a rinse and repeat post, after spending an hour photographing dragons flying around the reed beds by Lucy’s Mill Bridge in Stratford (and getting wet in the process, again). But this elderly and worn Banded Demoiselle female gets the nod this evening – partly because they won’t be around much longer, and I will miss them until their offspring emerge next summer; and partly because right now I feel pretty much the way she looks.

“I used to think our democracy was pretty robust,” said R wearily, “but now I know it’s not.”

You know those tedious KEEP CALM AND CARRY ON posters, and all their many spin-off versions? Today I saw one that said YOU CAN PANIC NOW. For the record I’m not yet panicking, but I am absolutely bloody livid – and planning to be so for the whole of the rest of my life if the right wing coup that’s currently under way is successful. You may not have seen it reported, if you get your news from the BBC, but this evening thousands of people took to the streets in London and other cities, to protest the actions of the shower we’re cursed with having to call the Government, and especially its unelected Prime Minister. I was hugely proud of everyone who turned out tonight, and I expect to have to join them before all this is done and dusted.

Signing petitions won’t, of course, do any good. But on the other hand, not signing them won’t do any good either. This one stood at a few tens of thousands when I signed it this morning, and over the course of the day it’s clocked up over a million signatures – if you haven’t already, I urge you to add your name too.