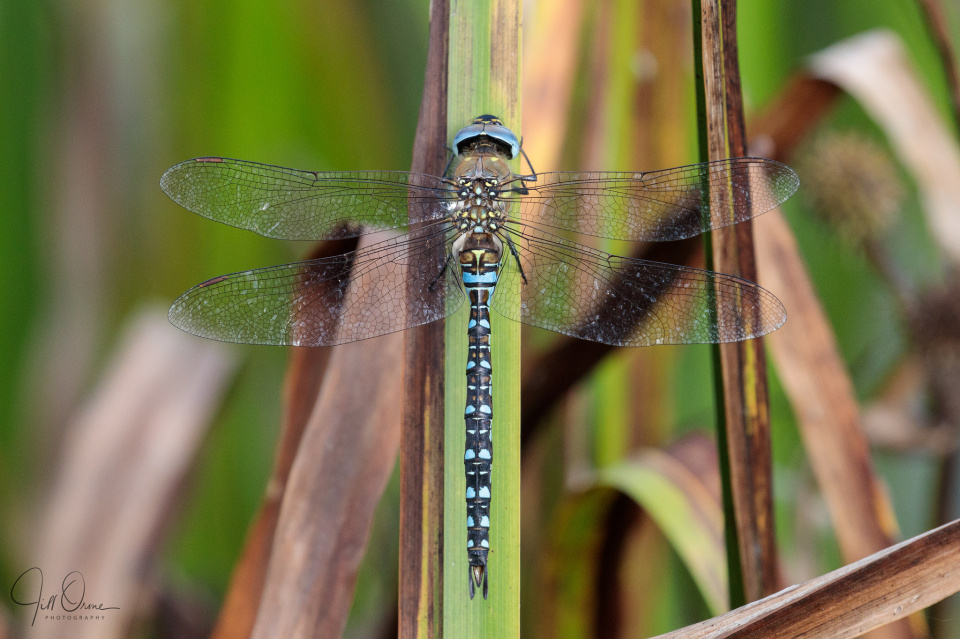 It’s hard work, bouncing around the reed bed, trying to put up flies so you can hunt them, while having to break off to chase around after other dragons every few seconds.

Migrant Hawkers are still emerging at Croome, interestingly, and while this handsome chap isn’t absolutely fresh – his wings are fully hardened – he’s still relatively young, and was finding all this afternoon’s activity quite tiring. This was the third time I caught him perched, which was handy, because my flight shots today weren’t up to much. I’m going to blame the dragons for that because they were too skittish and reactive, rather than attributing it to my own incompetence.

I’d expected the estate to be very busy this afternoon, but it wasn’t, and the parents who were there with children looked as though they were now counting the hours before the schools go back, and preparing to break out the Prosecco next week in celebration. The spreading dereliction in the reed beds and the noticeably lower angle of the sun that that was lighting the scene, coupled with the realisation that the autumn term is about to begin, brought home to me strongly that the summer is nearly over – and that means that the Odonata will soon be gone. Migrant Hawkers are a late summer dragon and, together with the long-flying Common and Ruddy Darters, they ease the sadness that comes with the disappearance of the earlier-emerging species.