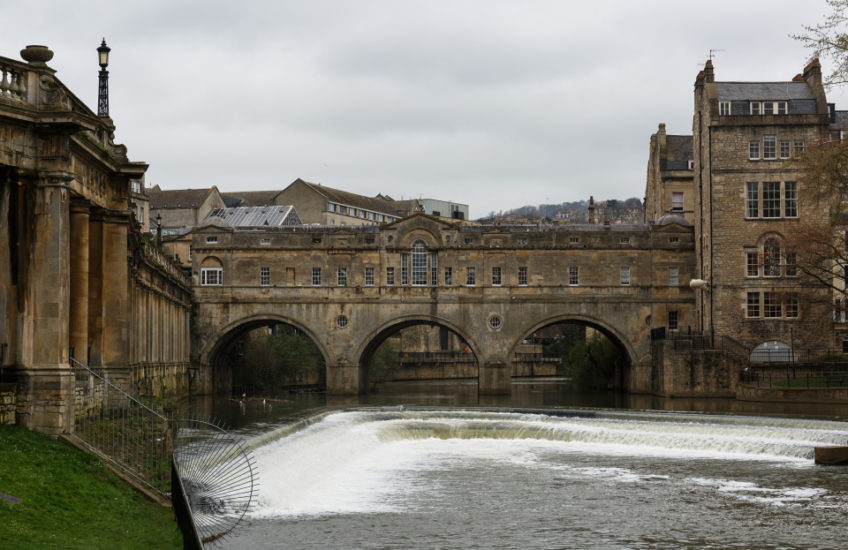 R and I went to Bath today, to see another small but perfectly formed exhibition at the lovely Holburne Museum. This one is called Bruegel: Defining a Dynasty, and it contains works by Pieter Bruegel the Elder, his sons Pieter and Jan Brueghel (who added the ‘h’ to the family name), and several grandsons and great-grandsons. Despite an assertion in The Guardian by the critic Jonathan Jones that the only Bruegel who matters is the first Pieter and that all his descendants are irrelevant, we very much enjoyed the work on display; I was especially taken with the flower and still life paintings by Jan Brueghel and his descendants, which I’d never come across before.

After the exhibition we walked along Great Pulteney Street towards the Abbey so as to have lunch at Browns, but detoured far enough off our route to find a viewpoint from which I could photograph Pulteney Bridge and Weir. The first Pulteney Bridge was designed by Robert Adam and completed in 1774, but it wasn’t strong enough, and twenty years after its opening had to be rebuilt; Thomas Telford suggested replacing Adam’s Palladian structure with a cast-iron bridge, but in the end the town decided to rebuild in a similar style to the original. According to Wikipedia it’s one of only four bridges in the world to have shops across its entire span, on both sides of the road. Pulteney Weir looks old, but was actually constructed in the late 1960s as part of the town’s flood defences.

There are some more of my photos here – the first of which is a view of the Holburne Museum, and is R’s favourite of the set. And there’s a piece about the Bruegel exhibition here; if Flemish art is your thing, and you happen to be in the West of England this side of early June, I do recommend it. And if you’re still wavering, I can tell you that the Holburne also does excellent cake.