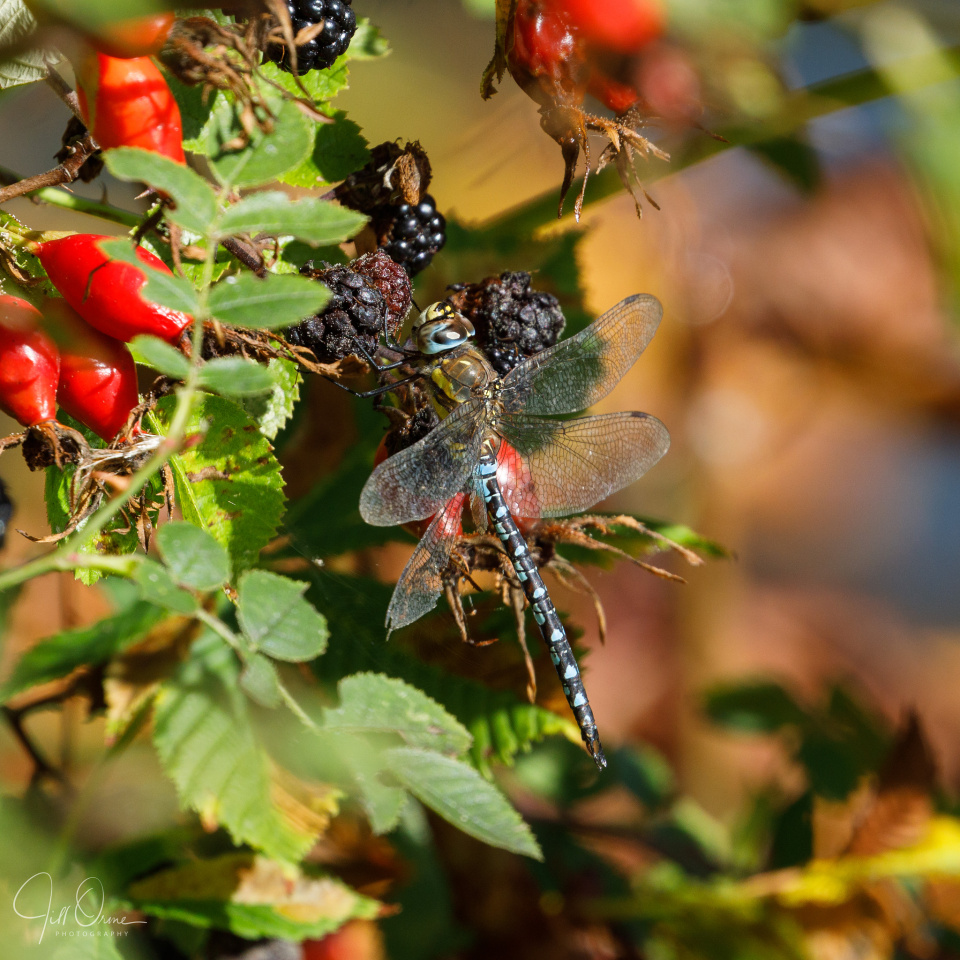 After yesterday’s rather dour day, this morning dawned crisp and sunny, and R and I cracked and took a trip to Croome in the car (mine) that already doesn’t have enough fuel for a return journey to Cardiff. While I’m concerned about the ongoing fuel delivery crisis, I couldn’t honestly say that I regret this decision: Croome at its best is a life-enhancing place, and it worked its usual magic on us today.

It was only about 12°C when we arrived, which is pretty cold for most dragonflies, but I hoped there would be a few Common Darters out and about because they can fly at anything above 10°. In the event I didn’t see a single Common Darter all morning – but when I reached this sunny area of the island, where I’d felt sure of finding some, there were a handful of male Migrant Hawkers noodling about, searching the reeds for females, bickering with each other, and catching flies for breakfast. Because it was still too cold for their comfort, they had to land and rest in sunny basking spots quite frequently, where they would vibrate their wings until the muscles were warm enough for them to set off on patrol again.

As soon as I saw this rather battered specimen come down among the blackberries and rose hips, I knew that if I could nail the shot I had my photo of the day. From where I was standing at the time he was half-hidden by the rose leaves, and I had to perch on a fallen log and lean out over the lake at a slightly perilous angle to get all of him in view. Even then the tangle of surrounding foliage created a rather cluttered frame, but despite that I’m pleased with the photo and happy to have captured it. Although we know this dragon as a Migrant Hawker here in the UK, in Ireland it’s called an Autumn Hawker, and I think this scene illustrates that name rather nicely.