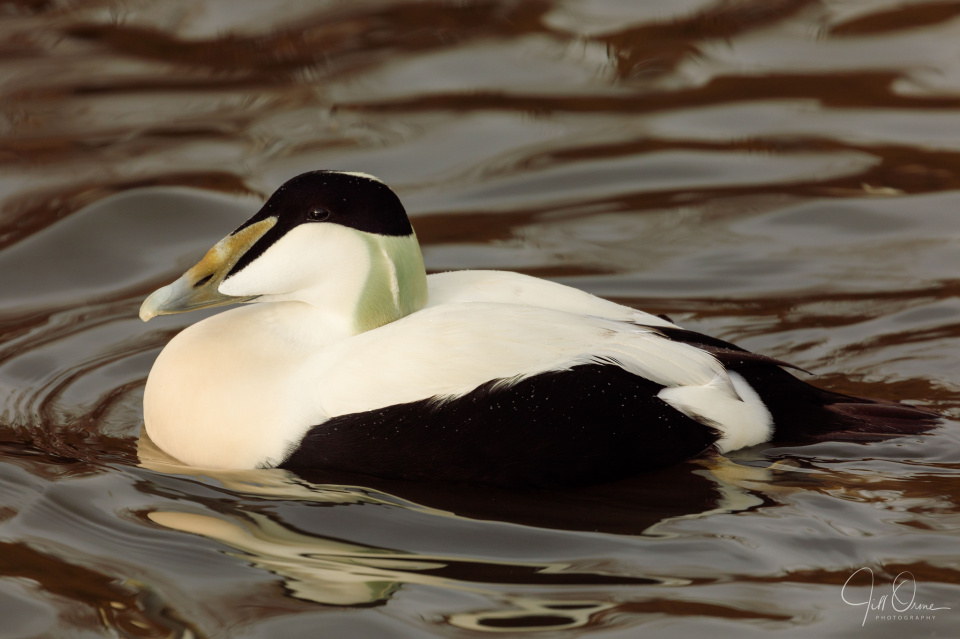 A good day today, in terms of both birds and photography.

I made a snap decision, despite an iffy weather forecast, to zoom down to Slimbridge, where I promptly bumped into one of the regular owlers, heard all the owling news, was invited to a party at a power station, and got pointed in the direction of a jack snipe. The jack snipe was determinedly resisting all attempts by a common snipe and several mallards to boot it out of the reeds where it was skulking, but I did see it bobbing in apparent outrage a couple of times, well enough to claim it for my list if not actually to get a photo. The common snipe did eventually move to a better position in search of food, and because “common” is a relative term and it’s entirely possible that you’ve never seen one, I’ve added a shot of it as an extra. The jack snipe is not dissimilar in terms of its markings, but quite a bit smaller and dumpier. 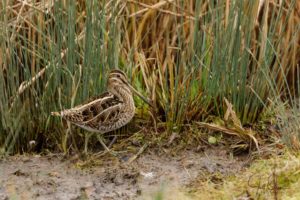 Having done all the hides on the “home” side of the reserve, I was making for the far side ones when I was distracted (as is my wont) by a pond full of ducks. I love a duck, as you know: whether, handsome, cute or funny (or, in the case of teal, all three), they all have something appealing about them. But it’s hard for a duck to look snooty – they’re generally not equipped for it – and the only one I’ve ever seen that manages it is the male eider. I think it’s the small, dark eyes peering down that long profile that does it, coupled with the fact that they seem to be wearing evening dress. They always put me in mind of an art deco sports car – a Bugatti maybe, or perhaps a Delahaye. The females are quite ordinary looking by comparison, though they have something of the same profile; but what really spoils the illusion of classiness is the call, which is the kind of “Ooooooh!” noise you make when someone tells you a particularly salacious bit of gossip. Definitely more Frankie Howerd than Dowager Duchess of Devonshire.

Although the eider counts as a British species, this doesn’t count as a wild duck, so I won’t be listing it. But my trip to the far hides did net me three distant common cranes in a field leading down to the river, and a peregrine falcon preening on a post – though I confess that I only know that it was a peregrine falcon because someone with a high-powered scope kindly let me take a much closer look than my own kit could manage.

My final bird of the day was a barn owl that flew across in front of my car when I was on my way home from camera club this evening. So no photo of that one either, sadly; but the evening did bring photographic success, with a first place in the DPI competition for this iris, and a highly commended in the print section for one of my Rutland fishing osprey images.