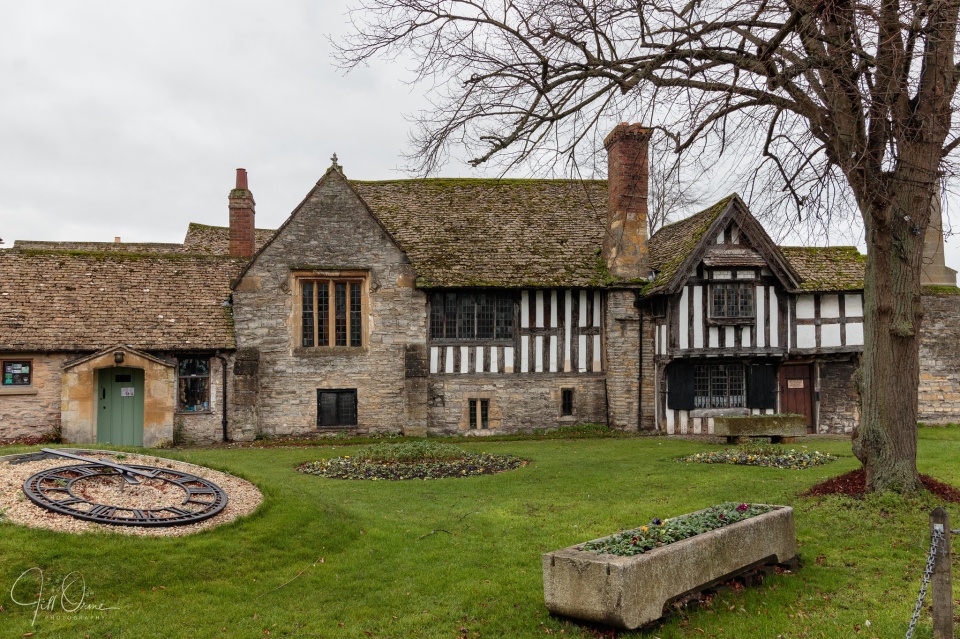 It says nothing to my credit that, despite having lived in the area for over quarter of a century, I’ve never actually been inside the Almonry Museum in Evesham. I’ll try to remedy that this year.

The building was originally part of Evesham Abbey, which was established in the C14th and owned huge swathes of land across the Vale of Evesham (including the village where we live). As the name suggests, this was the almonry, home to the almoner and the place to which the destitute would come to be given alms. After the Dissolution of the Monasteries in the mid-C16th the last Prior of the Abbey lived in the house; after which it went through a series of owners and usages until it was bought in the C20th by the town, and eventually turned into a museum of local history.

I snapped this during a brief visit to Evesham this morning to visit the supermarket. H, L, and G have all arrived today to stay for a couple of days, reprising Christmas for the benefit of our returned world-traveller. Because of this I haven’t had much time to do photography things, though I did take a minute earlier to post a sequence of shots of a goosander to my Facebook page, should that be of any interest to you.