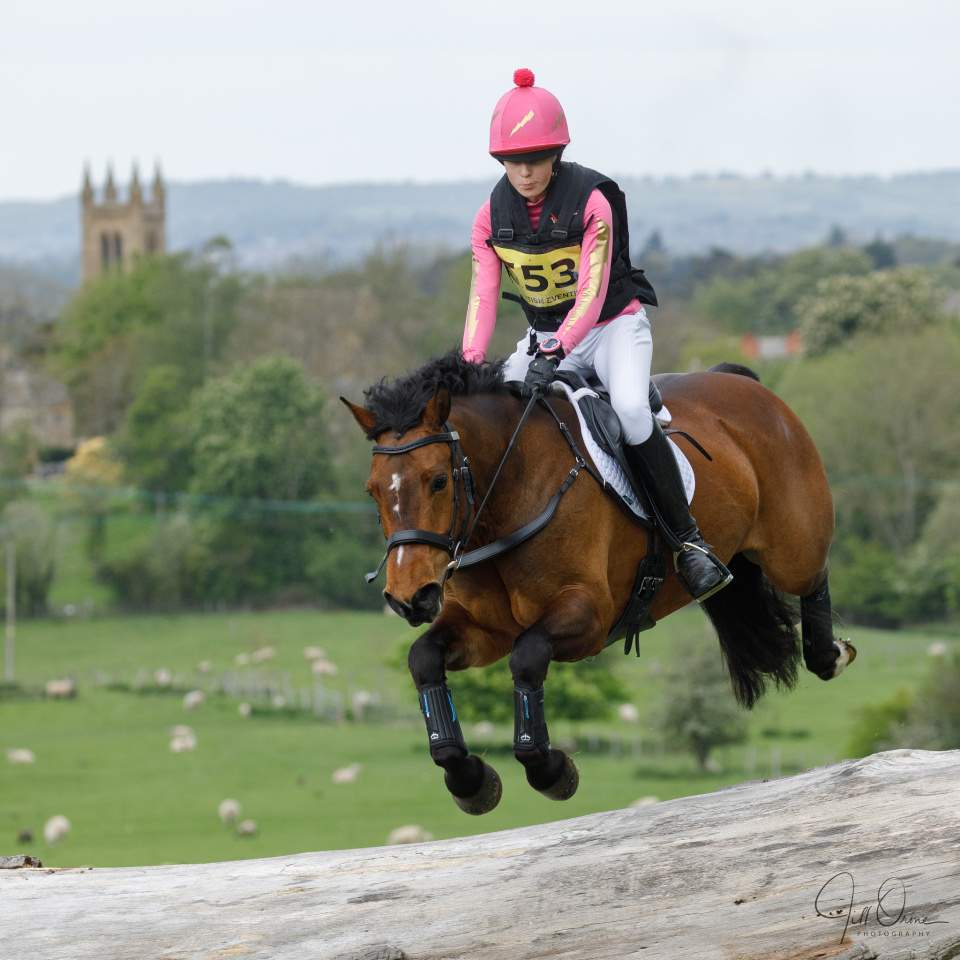 As you can see, I couldn’t resist making a return trip to Broadway today, to the second day of the horse trials. The wall I favoured as a location yesterday wasn’t in use today, and it took me a little while to fix on this obstacle as a good place for photo opportunities. I’m sure a club judge would say that the background is too distracting – and they might be right – but I rather like the fact that it places the event in its Cotswold context.

This is one of the riders in the under-18 section of the BE100 – which I was told indicates that the obstacles are up to a metre in height. Not that that appeared to be a problem to this little chap, whose name (I think) is Independent Johnny, and who showed this log a very clean pair of heels. Equally scopey was the young horse in my extra, called Strawberry Switchblade, which delivered enormous jumps all around the course for its rider, the Italian Olympic eventer Vittoria Panizzon, and finished third in the BE100. 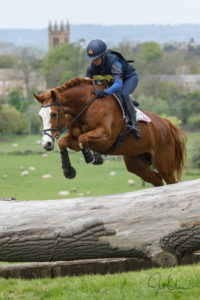 I was minding my own business and having an enjoyable time, until I began hearing myself being referred to in the live commentary as “the photographer”. As in, “Lucy and Whatsitsmame put in a lovely jump there, right in front of the photographer, who must be getting some marvellous photos.” And, “That’s a very unfortunate refusal by Whojamaflip, right by the photographer – those photos should be worth seeing later on.” All of which may have been true, but as there were official photographers present, and I was nothing whatever to do with them, it began to be a bit embarrassing. I wasn’t the only person wandering around with a big camera, but somehow I’d caught the commentators’ attention; and though I had no intention of undercutting the official photographers’ business, I started to have the uneasy feeling that I was somehow becoming part of the event. At which point I decided that I really ought to be at home making dinner, and left.

The next horse trials in Broadway are in October. I’d like to go again, but I may need to wear a false beard and moustache to avoid being recognised.