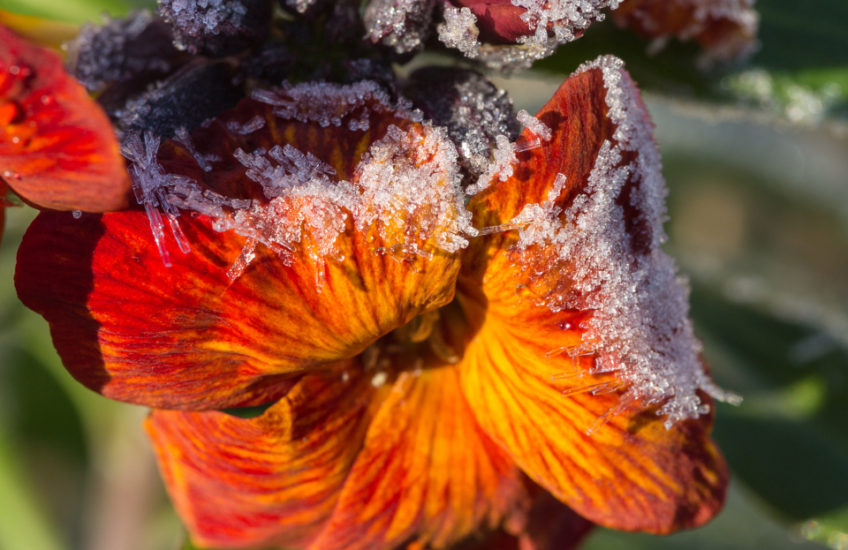 After a late night yesterday I would have liked a relaxed start this morning, but unfortunately R and I were being interviewed by a builder at 9am, so I had to peel myself off the pillow and make myself respectable. Within normal tolerances, obviously.

The good thing about being up early was that it allowed me to go macro hunting in the garden while the overnight frost was still about; the bad thing was that I wasn’t yet really co-ordinated enough for hand-held macro work, so many shots were taken and most of them were discarded. I did get four that I rather like though, and in fact I’ve been in a quandary about which to post. I’ve gone with this one because I really love the ice crystals on this wallflower; the other three have gone up on Flickr, if you’re interested. And if you’ve got time, this will look much better large.