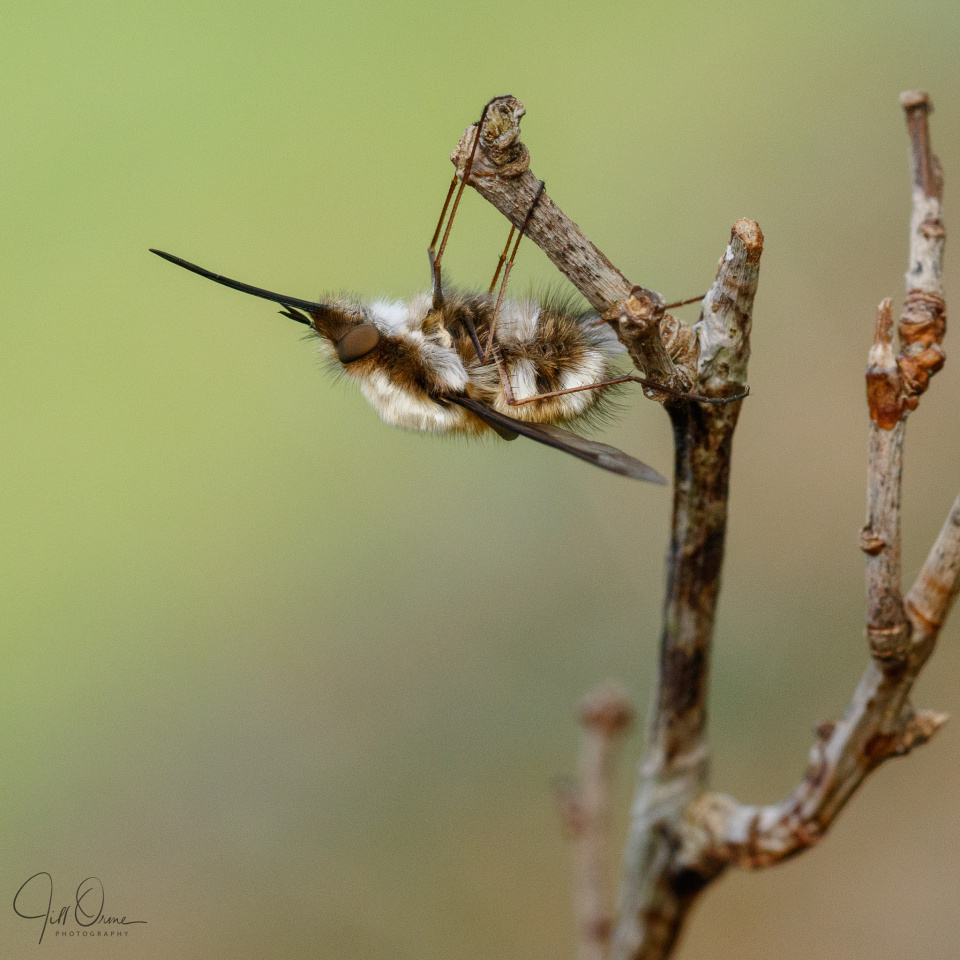 We had another busy, productive, and tiring day in the garden – mainly weeding and tidying, but R also cut back a tree that was getting above itself, and I did more patio planting. I also found some more excellent invertebrates, and took (as usual) far too many photos.

At 5pm the image I’ve posted as an extra was going to be my photo of the day. I’m not going to claim that I planted a Euphorbia characias wulfenii a dozen years or so ago with a view to getting this shot, because back then I barely knew that mining bees existed, but the sight of the lush red pile of a fresh female Andrena fulva against the lime green bracts is most definitely the reason I’ll be replacing it when it comes to the end of its life. I’ve featured these complementary colours before, and the next time I get the chance to photograph this scene I probably will again, but A. fulva is a skittish little bee and not an especially cooperative subject, so I’m throwing in today’s sighting as a bonus in case she doesn’t give me that opportunity. 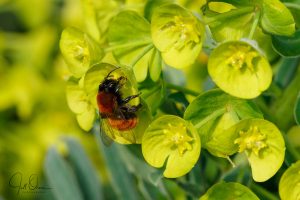 By 5.30pm the sun was low enough over the wild garden for me to think that it was safe to water the new hedging whips – most of which are starting to leaf, and seem (fingers crossed) to be taking. I’d nearly reached the end of the row when this female dark-edged bee-fly flew into the area and settled, upside-down, on a dead twig. I’ve seen this behaviour before, and given that it was the end of the afternoon I thought it was likely that she was preparing to roost, but my movement disturbed her and she took off again. By the time I’d finished the watering and disconnected the hose I’d forgotten about her, but when I came back to examine the whips more closely, I discovered that she’d returned. I scuttled off to fetch the camera, but really needn’t have hurried: she was absolutely spark out, and didn’t stir even slightly when I homed right in on her with the macro.

I’ve posted a view from a different angle, along with a shot of a dotted bee-fly (yay!) that I photographed earlier in the day, to my Facebook page.