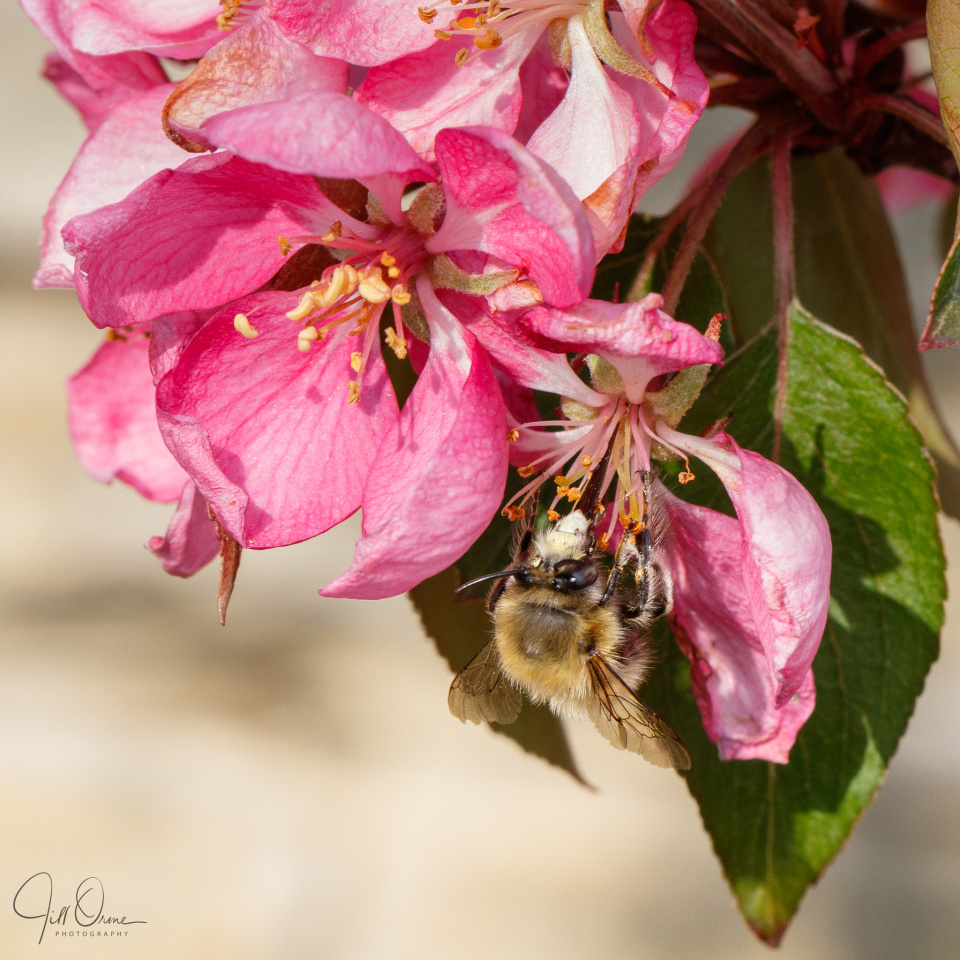 You don’t have to have a proboscis as long as this to drink from the blossom of a crab apple tree, but it certainly helps – especially if you’re a male bee and you’re not collecting pollen to provision a nest. Not having to get right in among the stamens reduces the amount of pollen they attract and then have to clean off themselves, and allows the male hairy-footed flower bees to eat and run. Sometimes they don’t stop at all, but hover and dip in the same way that a hummingbird hawkmoth would, before zooming off about their business.

After all the gardening I’ve been doing I felt I’d earned a quiet day, and I spent quite a bit of it just sitting around doing not very much. I did make a few passes through the garden in search of invertebrates, but despite the impression given by this photo it was a cold day with a nasty north wind, and there wasn’t much on the wing apart from plumpies and honey bees.

This evening I’ve been doing menu plans and shopping lists for our Rule of Six and a Half weekend, and praying to the weather gods to let it warm up before Friday. If it doesn’t we might have to try to acquire a patio heater – or failing that, set fire to a couple of trees – to stop everyone developing hypothermia while we’re eating and socialising in the garden.