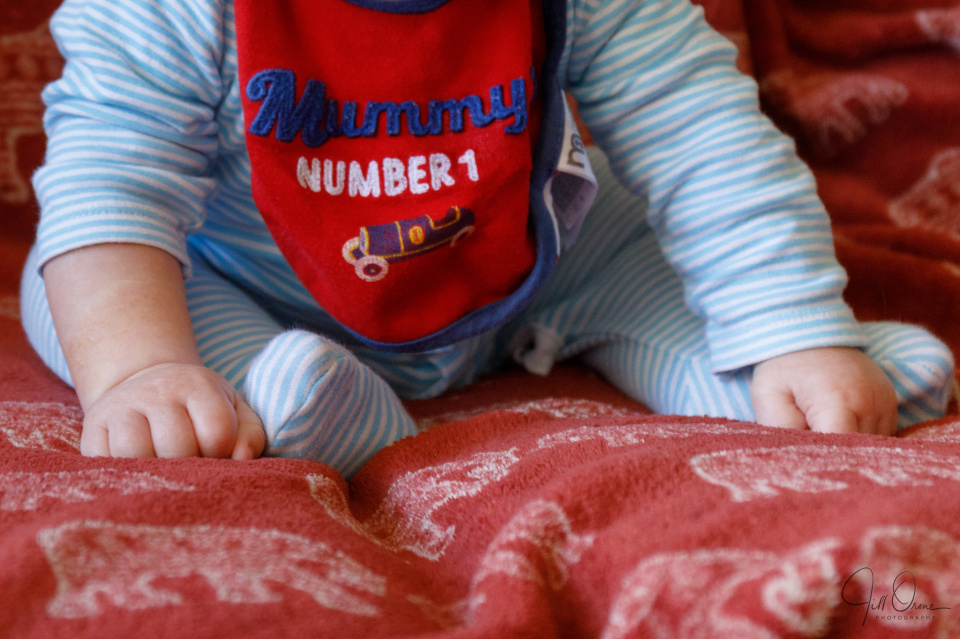 Mummy’s Number 1 figured out how to do this today, after a sneaky hint from Grandma. I’m not sure I’ve done his sleep-deprived parents a favour, to be honest, because he can’t hold his upper body up for very long before his arms give out and he collapses in on himself, at which point the whole situation becomes intolerable and he starts grinching – only to want to try it again almost immediately. Just a few seconds before I took this R had had to rescue and unfold him, and had set him upright, leaning against the back of the sofa, whereafter he promptly tipped himself back over into tripod position.

Anyway, the family B is peregrinating to the Shire this weekend and staying with R and me, so with luck L and G will be able to leave the three of us to practise our sitting up skills while they go and get some uninterrupted rest. The Leeds branch of the family is also visiting, but as they’re not “bubbled” with Cardiff they’ll be putting up in a holiday cottage a little way along the lane, that’s being lent to us by our lovely neighbours. The last time R and I saw both the Offspring together was New Year 2020, and the last time all six of us shared a meal was in June 2019, so you can probably imagine how much we’re looking forward to it. The meal and shopping plans I’ve created resemble one of those things you sometimes see in TV detective dramas, where an entire wall of a room is covered with pieces of paper, variously connected by lengths of red string wrapped around drawing pins. I have to keep reminding myself that the entire weekend won’t collapse in ruins if I fail to buy red onions, or make a freezer-load of ice.

Which reminds me – I need to add ice to one of lists. And then get some sleep. Tomorrow I will mostly be shopping, and then making cakes.