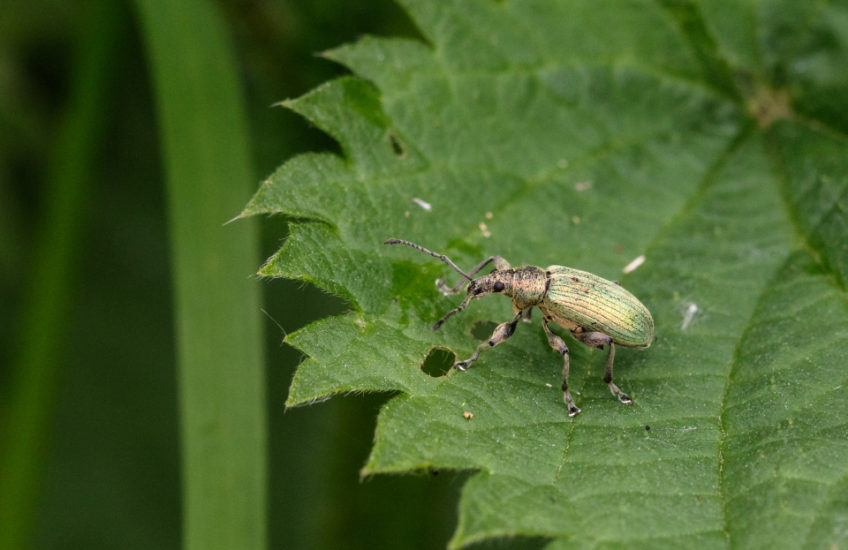 Caught between what has felt like days on end of computer stuff and the prospect of being unable to drive for at least a fortnight if my surgery goes ahead on Thursday, I was desperate to get out and about today. The weather wasn’t great – overcast, with occasional showers – but it was at least warm, and I thought it might be worth going up to Brandon marsh at Coventry to see if there were any Odonata about.

I only found one, a Large Red Damselfly which I was afraid at the time might be injured, but which I think now was newly emerged and whose wings were therefore not yet fully inflated. I couldn’t get as close as I would have liked because there was a stretch of pond between us, but I’ve put one of my shots of her in as an extra. 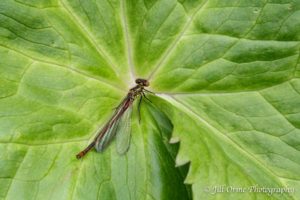 Despite the dearth of dragons I had a good walk and found some interesting things, among them a few hovers, a horsefly, a frog-hopper and a sawfly called Tenthredo livida – which I’m calling the deely-bopper fly because it kept wobbling its pale-tipped antennae up and down. All pretty cool, but my favourite of the day was this iridescent weevil, which I’m told is probably Phyllobius pomaceus, the Green Nettle Weevil. It’s very common, so the fact that I’d never seen one before is entirely down to my lack of observational skill.

This evening I gave a presentation at BGCC which proved to the (thankfully small) audience that once someone has wound me up and started me talking it can be difficult to get me to stop. Ha! That’ll learn ’em.