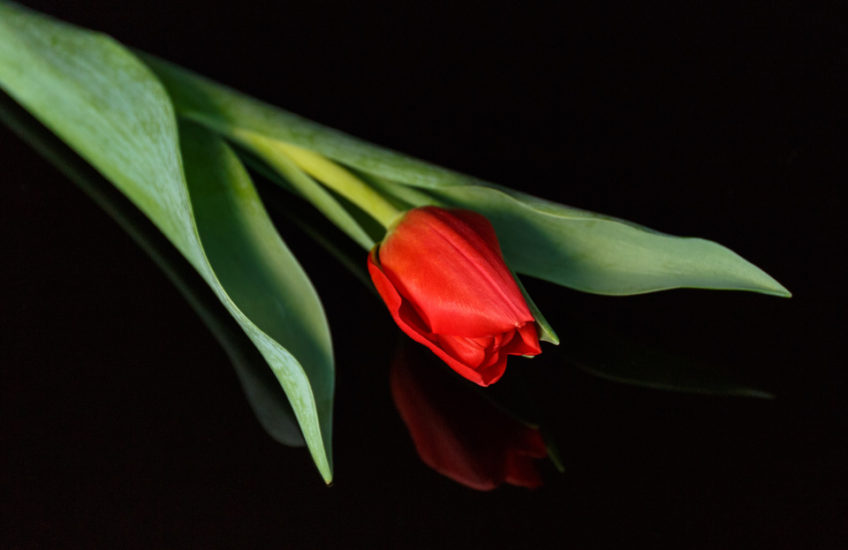 Yesterday’s bunch of flowers keep on giving – fortunately, because otherwise it’s been an utterly dreary day.

We woke to heavy mist, which was then replaced by drizzly rain; the rain decided that it liked Worcestershire, settled down and made itself at home. Because lias stone is porous and the walls are now saturated, the house is freezing even with the heating going full blast, and we’re triggering a one-household global warming crisis.

As it’s the first Saturday of the month I had been planning to do #1day12pics for A Year With My Camera, but after I saw what the day had in store I excused myself on the grounds of lack of light and extreme grumpiness. R suggested that I could go over to our neighbours’ field, take a single photo of the misty murk, and post it twelve times.

On the plus side, I’ve been made happy by the positive reaction to yesterday’s blip, so thank you to all who contributed to that. I’d forgotten when I put the tulips and roses in together that tulips go absolutely bonkers for cut flower food – yesterday this was still a tight bud, but by this morning it was opening, and this afternoon it was relaxed enough to pose for this shot. R will confirm if you ask him that in the past 24 hours all the tulips have grown 2cm, and they now need to be removed from the arrangement and re-trimmed.

Speaking of bonkers, I’m now off to watch what promises to be a deeply silly television drama – but I’d happily watch Tom Hardy do pretty much anything, so it’s all good.