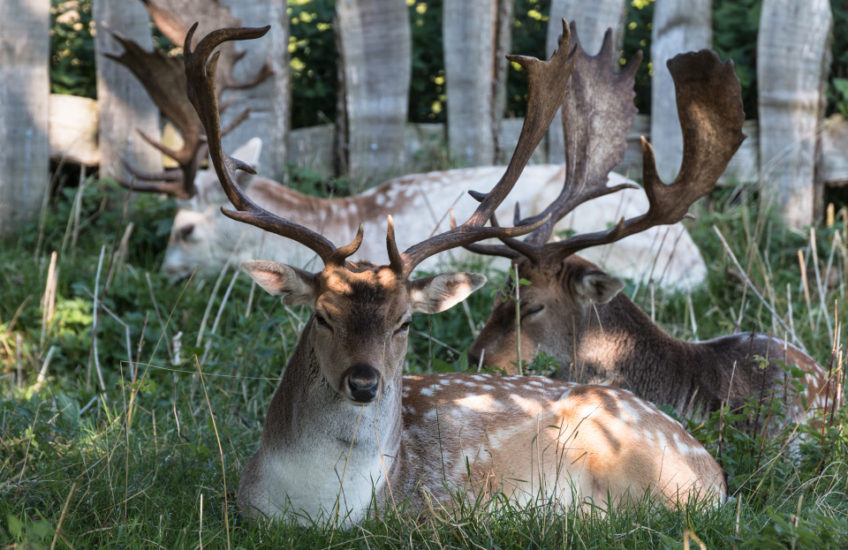 I spent a happy couple of hours today at Charlecote Park near Stratford-upon-Avon, just wandering about with a huge lens and a monopod on the camera, as you do.

There was a notice in the reception area stating that the fallow deer rut has begun, but when I found part of the herd they were lying up under some trees and displaying no interest at all in sex or violence. The path passed very close to where they were snoozing and I was slightly worried that I might disturb them – but though several of them eyed me with what felt like disfavour, only one fawn actually got to its feet. Interestingly, the group of maybe fifteen animals that I photographed was entirely male – I didn’t see a single doe in the area, so the herd appears to have segregated itself. By the way, I learned recently from a somewhat grumpy and competitive British wildlife photography group in which I’m silently lurking on Facebook, that the correct term for a male fallow deer is a buck – if you call them stags, people who know their stuff just think you’re silly.

As well as the deer, I photographed a pair of young mute swans on the lake, and though I utterly failed to get a flight shot of any of the dragonflies that were zooming about, it was fun watching them – and I did come away with one reasonable image of what I think might have been a Migrant Hawker, resting momentarily in some reeds. As I was walking away from the lake I managed to twist my stupid ankle again – just as it was virtually healed from the last time – and had to sit down on the grass for several minutes and whiffle quietly to myself until the worst of the pain passed, and then hobble to the cafe and have coffee and cake to make it better.

When you leave Charlecote you have to walk through their plant centre to get to the car park (genius!), and I was impressed with the range of plants they have – I was too laden with camera gear today to want to carry plant pots as well, but I will definitely buy from there in the future. While I was limping around checking out the stock I was startled by the largest black and red bumblebee I’ve ever seen – it was massive, and must have been a queen, I think. Slightly scary, but very impressive – and far too busy feeding on a monardia to have any interest in humans. 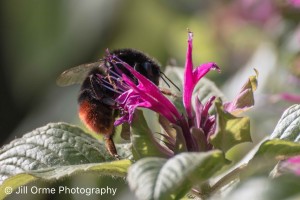